SULTAN KUDARAT – Rampaging floodwaters in this province dislocated and displaced over 800 families in Bagumbayan town following a heavy downpour since Sunday night (June 27).

The Provincial Disaster Risk Reduction and Management Office (PDRRMO) told the media that Dagoma was among the heavily affected villages in Bagumbayan town, this province.

The PDDRMO has yet to report on the latest damage  of the floodwaters affecting the towns’ infrastracture, crops and other government projects. 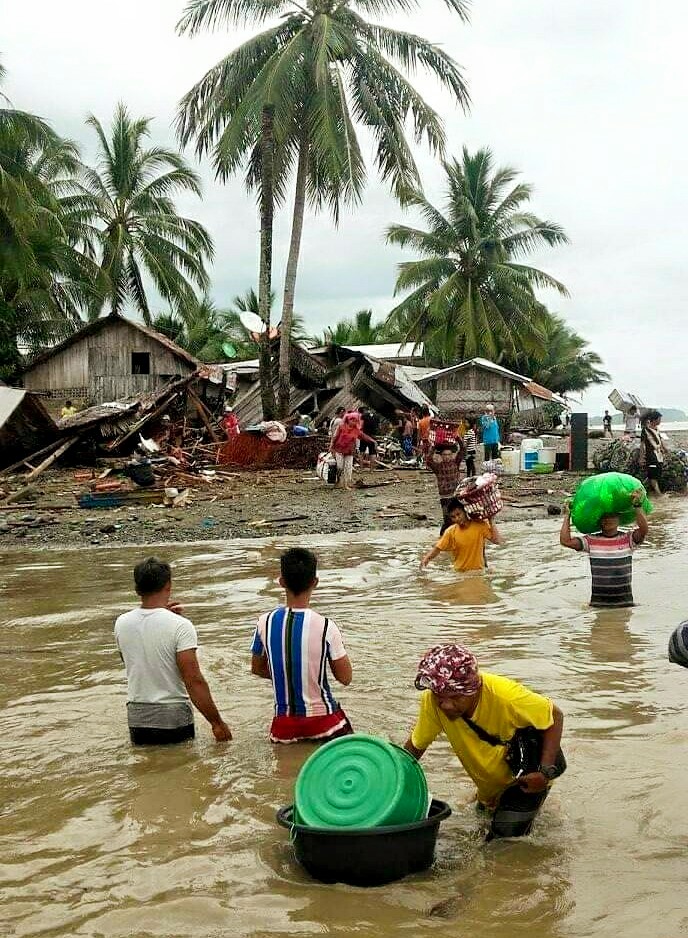 “The floods carried mud, and debris composed of small fallen trees, cut logs, tree branches, and rocks,” Cordero said in vernacular in an interview with reporters on Monday.

He added that the floods started around 5pm but the heavy downpour which lasted until early evening ignited the sudden rise of floodwaters affecting the many areas in Dagoma.

Cordero said: “Everybody was surprised by the sudden rise of floodwaters,” adding that residents whose houses were damaged have to temporarily stay at the  town plaza and elementary school buildings owned by the government.

The PDDRMO also reported that the municipal and provincial governments have started distributing emergency relief goods, food and other immediate needs of the victims of flooding that struck Dagoma village.

Sultan Kudarat PDDRMO Officer Lovely Joy Hallegado told newsmen the government has yet to gather the exact figures of damage to properties and agriculture since emergency relief goods and other needs of the people are of utmost concern. – (PNA)