The grand launch signalled the renewed commitment of President and Publisher Dante M. Sudaria of the Sudaria Group of Companies, to offer to the people the company's newest brands in the airwaves such as the regular airing of its teleradyo programs, as well as its digital transformation to compete with the industry players in this era of digital technology.

The presence of former ABS CBN anchor Mylene Sison, manager of Limketkai Luxe Hotel and other corporate heads were also seen during the fitting ceremony.

The Sudaria Group of Companies was proud to announced its newest teleradyo segment programs that would give entertainment, leisure and education to its growing number of subscribers and followers now reaching over Two Hundred Thousand (200,000) people. 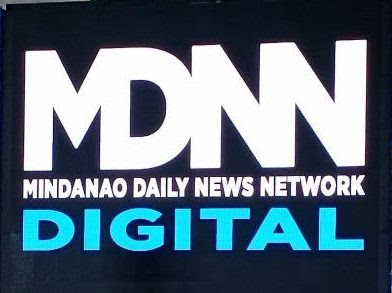 The latest teleradyo program segments include:

Sudaria told the media during interviews that despite some hindrances, he was very thankful the grand launch was very successful and all invited guests and personalities were present during the event.

He also thanked the presence of the tri-media community, most especially the Cagayan de Oro Press Club President Manny Jaudian, who was the ceremony's guest speaker.

Sudaria was even proud that despite the great challenge of the pandemic, in which the people has suffered so much of the deadly attacks of the killer virus, the newspaper was still alive and kicking. "Ang uban newspaper nagsirado ug wala na gyud makabalik. Pero kita, consistent nga mipadayon sa atong tahas," he pointed out.

Guest of Honor and Cagayan de Oro City City Councilor Girlie Balaba also challenged the people that the advent of technology must be put in a more responsible manner, so that there will be no troubles and misunderstanding.

"We all want a more progressive and more developed society. But let us not forget in this digital era, we have equal responsibility to give the truth to the public.

Balaba was also a former media personality of Abs Cbn based in Davao City prior to her successful career as a public servant.

COPC Prexy Manny Jaudian in his speech congratulated the Sudaria Group of Companies who bravely ventured in teleradyo and the digital paper during this trying times of the pandemic.

Jaudian said that with the advent of the internet, everyone can now connect to anyone on a global scale and this even led to the rise of different internet sub-cultures where we can get together and associate with our own circle of friends, supporters and followers.