foodpanda Helps Riders on the Road to Success

The road to success is never easy, but two foodpanda riders show that with grit and determination, you can reach your dreams. Bernardo Paderan and Junifer Dimaano are two of the delivery riders who take to the streets every day in order to earn their livelihood. While ensuring a smooth and efficient delivery service for their customers, they are also in pursuit of a dream, which they were both able to accomplish this year – obtaining their college diplomas.

Bernardo Paderan is 31 years old, married with two children. He had to stop schooling after graduating from high school because his parents could not support his studies. He worked at several factories as a production worker. With a more stable schedule, he saw an opportunity to enroll in a BS Information Technology Course at Access College in 2017.

There were still challenges, though, because he only had a bike which he would use to go to work and to his classes afterwards. “Nakikiusap na lang ako sa professor at nag-aadvanced studies,” he recalls.

He and his wife decided to invest in a motorcycle and he took on a job as a foodpanda rider in 2019 because it would fit his schedule better. “I was able to manage my time better, kahit kayod pa din.  Ang shifts ko before or after ng classes” he said.

Junifer Dimaano had a good start back in their province of Ozamis, but when he moved to Manila at 18, it was the beginning of the turn of events in his life.

He lived with the family of his best friend for many years while working as a fast-food crew. At the same time, it was a period in his life when he realized he needed to make up his mind about his future, “Yung mga kaklase ko nung high school nakikita ko magaganda na ang buhay kasi nakapag tapos na sila.” On a whim, he enrolled in a Hotel and Restaurant Management course at Access College.

Now that he has finished his studies as part of Batch 2021, he looks back at all the challenges that he had to go through, and savors the sweet taste of success. “For those who are still struggling with life, he says, “lumaban ka lang ng patas sa buhay, huwag ka mag-isip na gumawa ng masama. Samahan mo lang ng sipag at tiyaga at gagabayan ka ng Diyos.” 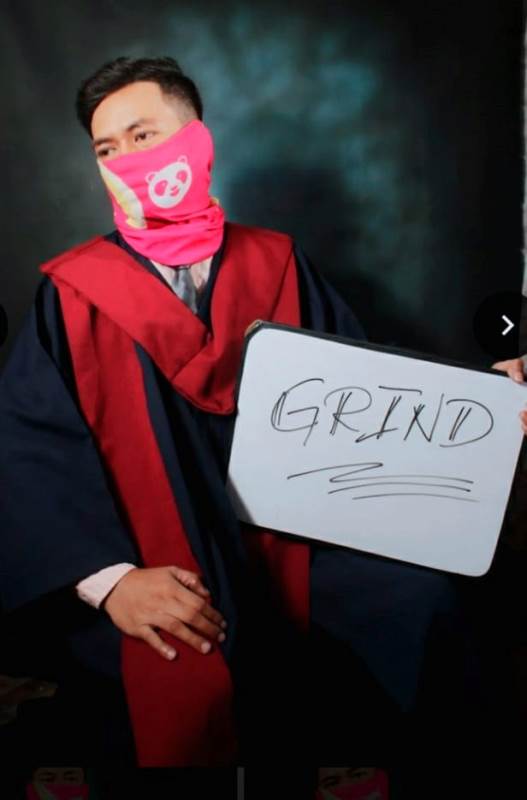 “We are inspired by Bernardo and Junifer who are among our riders who continue to strive for greatness amidst hardship. We are happy to have been part of their success stories,” says Daniel Marogy, Managing Director of foodpanda Philippines. “foodpanda will continue to provide opportunities for those who aspire to do the same.”

foodpanda is immensely proud of the accomplishments of its two riders and is giving them graduation gifts of brand-new cell phones from its fleet partner Realme.