Another taskforce against armed conflict created in AgSur town 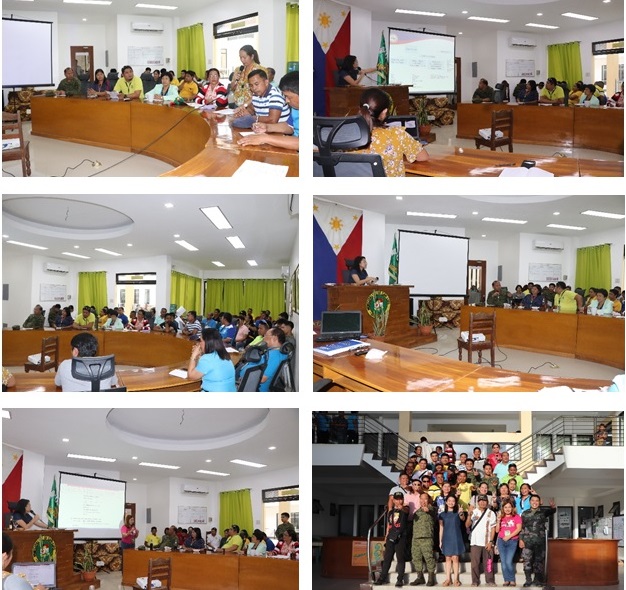 The task force was empowered through the joint resolution of Municipal Development Council (MDC) and Municipal Peace and Order Council (MPOC) of the said municipality. This aims to localize the adoption of plans and strategies of the national, regional and provincial counterparts of the task force at the municipal level.

Representative from the Municipal local government operations office (MLGOO) gave a brief orientation on EO 70, citing its importance in addressing the social and economic issues in attaining sustainable peace and development which resulted to the creation of Task Force to End Local Communist Armed Conflict (ELCAC).

The municipality of San Luis have created three (3) Task Force Clusters namely: Basic Services Delivery Team, Citizenship and Community Participation Team, and Peace Law Enforcement and Development Support Team. “It’s time for us to do our part as the local government in this municipality. Unity among us is the best solution to fight against insurgency. This is not only a military problem. Violence cannot be resolved by another violence. We have to solve and uproot the real cause of this conflict in a peaceful way”, Mayor Phoebe L. Corvera, said during her message.

Meanwhile, the Commanding Officer of 26th Infantry Battalion, Lt Col Romeo C. Jimenea commended the San Luis LGU, “I am glad that another town under our area of responsibility is adopting and implementing EO 70 as mandated by President Duterte. This action will surely amplify in addressing the socio-economic issues that are used by the CPP-NPA in poisoning the minds and hearts of our people”, he said.

“With the continuous collaboration and cooperation of the different line agencies to unite and act as one, this will manifest that this armed conflict will soon come to an end. Teamwork is the key to attain a more peaceful and progressive community”, he added.