Xavier University has a new president

The first Jesuit University in the Philippines and the first university in Mindanao has elected a new president. 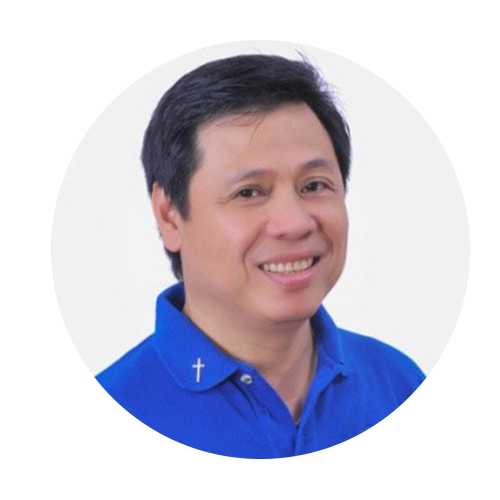 In a memo dated December 8 posted on its website, Xavier University-Ateneo de Cagayan Board of Trustees Chairman Francisco F. Guerra III announced the election of Fr. Mars Platino Tan, S.J. as the new university president “after a thorough search and discernment process.”

Born and raised in Surigao del Norte, Tan has been engaged in various capacities in Mindanao including teaching High School Instructor as a Jesuit Volunteer in 1984-86 at the Ateneo de Davao University Branch, Compostela, Davao del Norte;  High School Instructor (Jesuit regency), 1992-94 at the Xavier Ateneo High School in Cagayan de Oro City and still teaches as an Assistant Professor –College Biology Department, XU since 2009 to the present and previously as Director of Xavier Ateneo’s McKeough Marine Center from 2010 to 2015, and again in  2017 – 2019.

Tan is also currently a member of the Board of Trustees of Xavier Ateneo and the Xavier Science Foundation, Manila Observatory, Child Fund Philippines and Institute of Social Order.

His priestly/Jesuit ministries include the Jesuit First Studies Sub-community (Vice-Superior and Formation Team member - 2001 to 2007), Assistant Parish Priest in Bukidnon (1998-2001) and currently as Rector of the XU Jesuit Community  since 2009.

Tan has had a lifelong engagement  as a True Blue Steward of the Environment through his teachings and advocacy, research and publications, most prominently as the proponent of the Jesuit Universal Apostolic Preference, “To collaborate in the care of our Common Home,” very responsive to the call of Pope Francis in his landmark encyclical, Laudato Si.

Tan has been recognized for his scholarly and academic achievements among which are Most Outstanding Nicolanian (MONICA 2017) in Environmental Science by the Saint Paul University-Surigao, Surigao City; International Postgraduate Research Scholar (IPRS) Award  and University Postgraduate Award (UPA), University of Notre Dame Australia; University and College Scholar, University of the Philippines Diliman and Cocofed Scholar, Ateneo de Davao University.

“We thank Fr. Mars for his gracious acceptance of this important mission of leadership,” the university memo  concluded. “We also thank Fr. Bobby for his enormous contributions to the University and Northern Mindanao over these past nine years. Let us keep Fr. Mars and Fr. Bobby and our beloved Xavier Ateneo in our prayers.” (RMB)