The Front Runner highlights 150 years of The Manila Jockey Club

The Manila Jockey Club is marking its sesquicentennial anniversary through The Front Runner, a coffee table book that traces the history of horse racing – the sport, the spectacle, and the way of life – in the Philippines.

“No such chronicle of horse racing history has been produced before,” says Atty. Alfonso Victorio G. Reyno III, President of MJC. “The book captures the essence of how horse racing was born and kept alive in the Philippines over the course of 150 years, and how MJC played a central role in all that.”

The Front Runner is produced by Media Wise Communications/ Muse Books, a multi-awarded publisher of coffee table books, under the executive/creative directorship of Ramoncito Ocampo Cruz. Editor Achilles Mina headed a team of writers that explored many facets of the MJC’s history.

The Front Runner begins with an account of how a merchant became one of the founders of the MJC, and how the San Lazaro Hippodrome at the heart of Manila was built, grown and expanded to house a distinctly Filipino way of life, before and after the war.

Also a picture book depicting the exquisite beauty of horses and giving a glimpse of how the sport has evolved since the 1800s, The Front Runner talks not only about horse owners and enthusiasts, but also of the men and women who worked at the racetracks and built a community around it, before and after the war.

Change came upon the entry of the present management, in the form of the transfer to a much bigger and modern horse racing facility in Carmona, Cavite, and a stronger commitment to enact positive change in Philippine society.

“MJC’s history is long, but it is by no means linear,” says Cruz. “This book shows how the company has evolved over the times, and how it continues to innovate and gallop toward a rosier future through bold business strategies and strategic partnerships.” 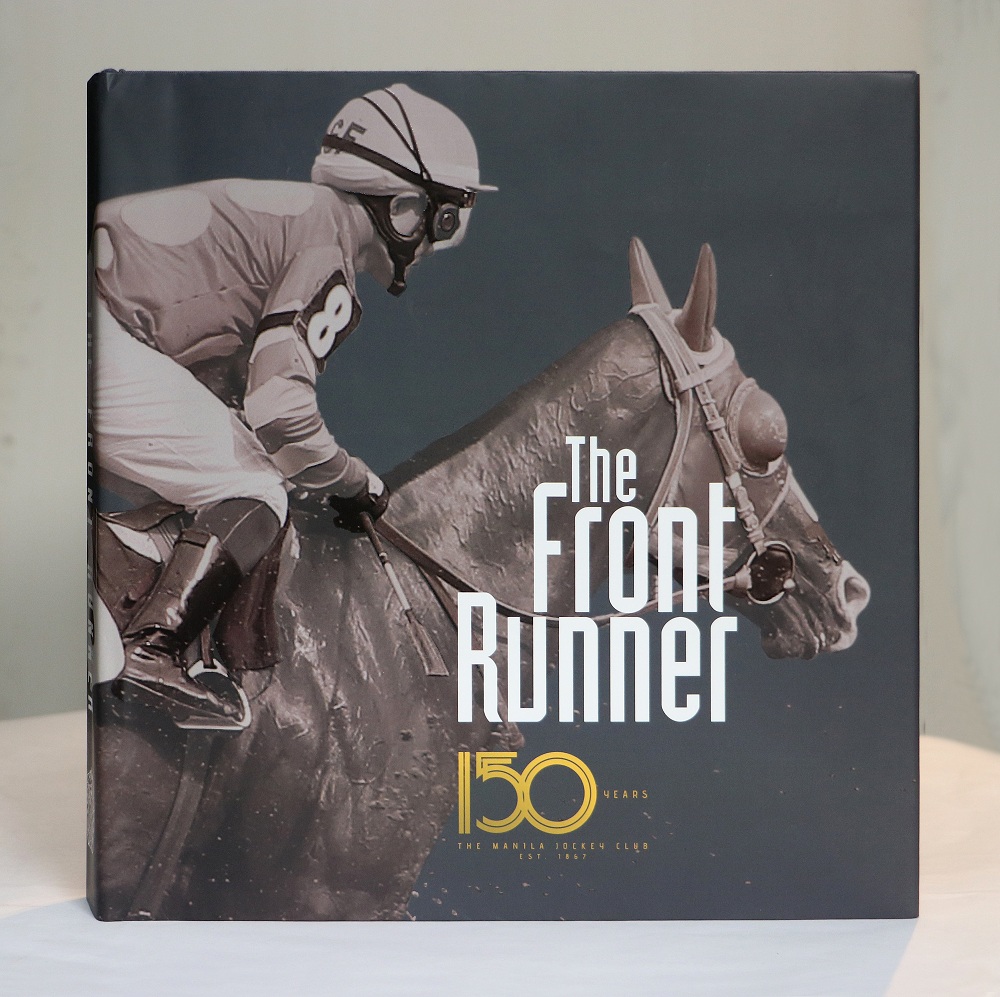 The Front Runner also features some long-time racing workers and aficionados, their stories closely intertwined with the story of the company.

“The book itself will form part of horse racing history in the Philippines,” adds Atty. Reyno III.

The Cagayan Cyclone who became the Blue Eagle King