Cagayan de Oro City and Northern Mindanao’s first and only Halal Certified Restaurant has ramped up its advocacy to champion Halal Cuisine to the next level with a new, expanded “Cook Book”.

“Babu Kwan is the first Halal certified restaurant in Cagayan de Oro City,” said Babu Cecile B. Mambuay, the outspoken, unofficial spokesperson of the pioneering establishment. “We offer a variety of food inspired by the Moro cuisine of Southern Philippines, Asian and Filipino Cuisine.”

Last December 8, we were invited to join the unofficial launch of Babu Kwan’s new and expanded menu, which opened its doors barely eight months ago.

“We’re grateful to everyone who made this Cookbook a reality,” said Khal Mambuay-Campong, the other half of the power couple who owns and manages Babu Kwan. “After at least 10 photo shoots, countless editing and a branding we committed to since Day 1, it feels surreal to touch the menu as I flip every page.”

“Done with our new menu and the real work is just starting. Bismillah!” 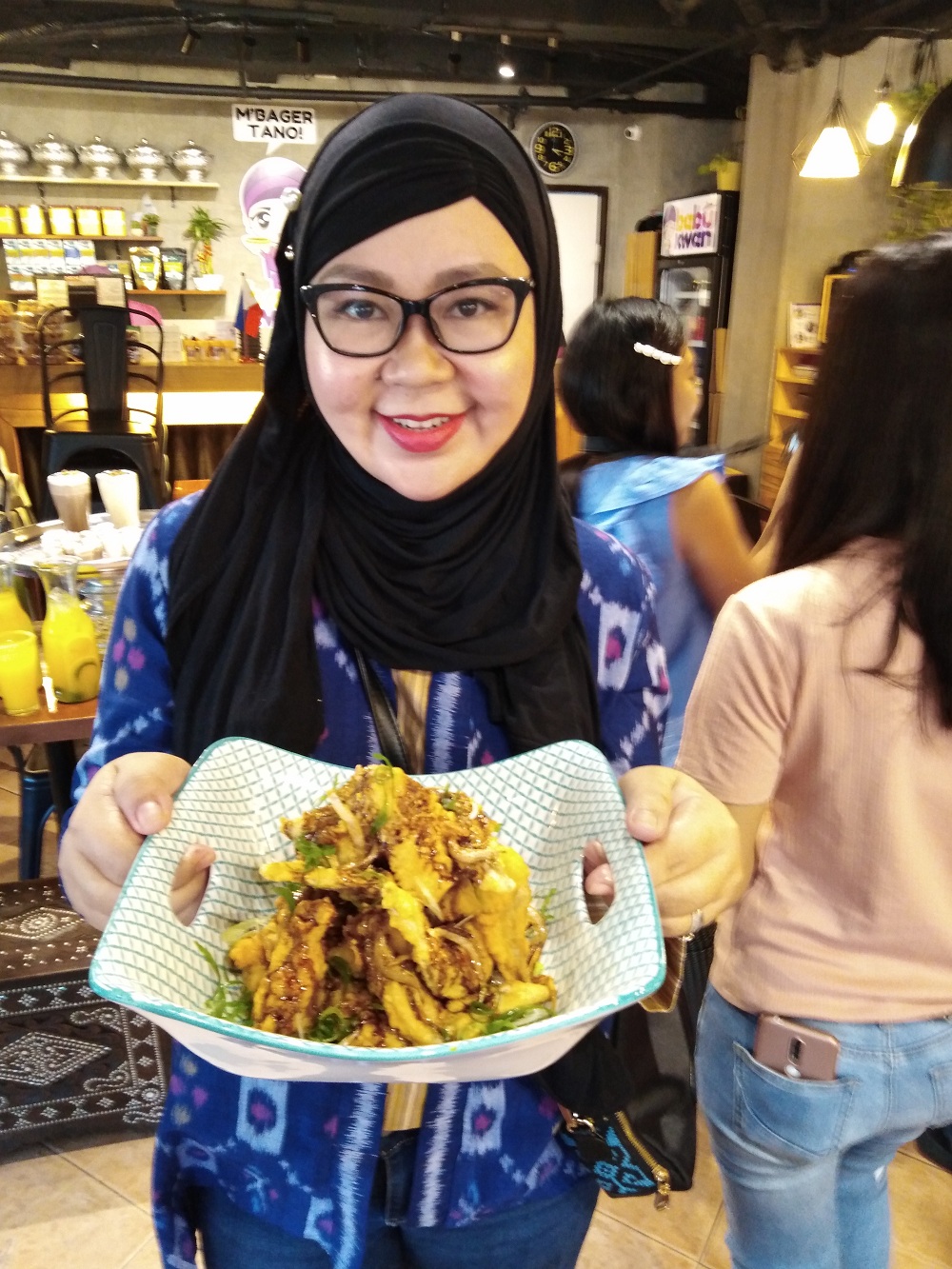 In the restaurant’s social media page, Ms. Khal explains:
“Babu Kwan’s Cookbook is not just a menu. It tells us a story of the kind of food Babu Kwan offers and who Babu Kwan is — in pictures and short descriptions. By browsing this cookbook, you’ll understand where our favorite auntie is coming from, her deep love for culture and arts, her passion in cooking and recreating well-loved dishes from her roots: Moro, Filipino and Asian.”

Engr. Abdelnur Campong, the other side of this power couple, told us they expanded their menu based mainly on the feedback they got from their customers and patrons.

“Most frequently, they requested for a more variety of soups and desserts, which is why you can now have a wider choice of traditional Maranao Sawaw (soup) like the Pisawawan a Manok, traditional Filipino comfort food like Tinolang Isda, Tausug favorites like the Tyula Itum, or Asian classics like Laksa.

Not to forget the Filipino’s penchant for sugary delights, Babu Kwan has also expanded its Mamis for dessert from the classic Balolon (also known as Darar/Daral), (pandan crepe stuffed with sweet grated and toasted coconut meat and muscovado sugar) which you can now enjoy in a variety of flavors such as Super Mangga, Pandan-Lanka, Ube-Halaya, Coco Coffee and Durian. 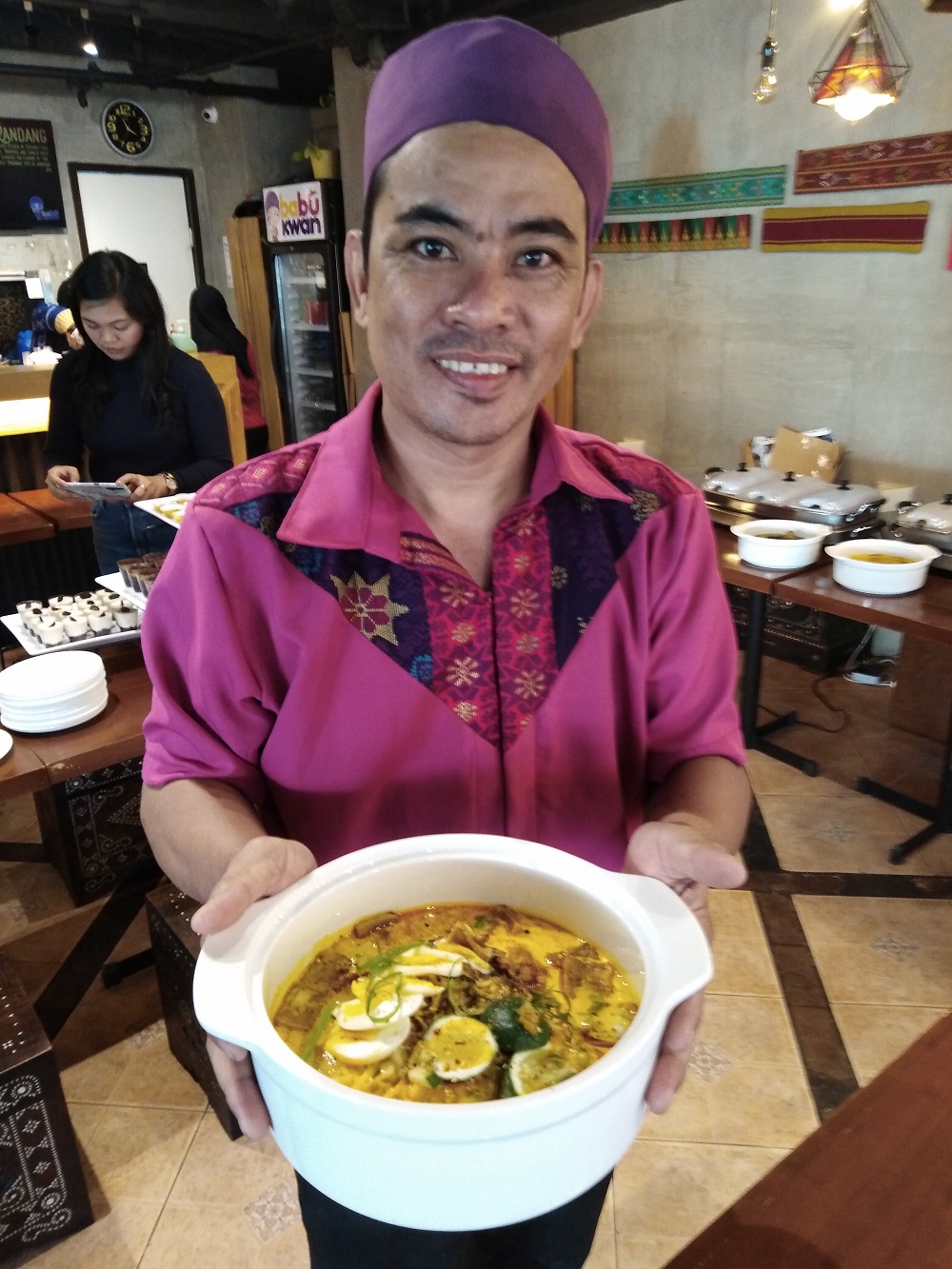 Tyula Itum is culturally important among the Tausug and is also known as Food for the Royalty since is usually served during special occasions like weddings and Hari Raya festivities.

“Babu Kwan believes that cooking and eating are inseparable. If you want to know how to cook, you’ll have to eat first. And then eat many times!” Ms. Khal stresses.

“Every output is a product of consistent hard work and pursue to offer nothing short of best. You’ll have to know her all too well, why she cooks and who she cooks for, know her dishes really well that one day you’ll be surprised that you’re actually becoming a Babu Kwan. Why? Because Babu Kwan lives in all of us. She is our every auntie in the family. She could be you, or the other person reading this.

The kitchen remains in the capable hands of Chef Hasanah Sani Macapaar, an outstanding graduate of Monster Kitchen Academy, whom I met 3 years ago when she and team mate Chef Vahnja Babia-Flores won the Bronze Medal for finishing 2nd runner up in the prestigious Chef Wars at the 10th National Food Showdown held October 2016 in Baguio City.

Earlier, Chef Has also won the right to represent the city in the national competition when she and team mates Ivy Ann P. Duldulao and Jade Charmaine P. Mangao won Silver, the highest award in the Chef Wars, 20th Kumbira, the longest running and biggest culinary event outside Metro Manila  in August 2016.

With a pedigree like that, it’s high time you drop by for a visit at Babu Kwan open Tuesday - Sunday, 11am - 2pm, 5pm - 9pm at the ground floor of the Vines Pension House (Saavedra Building), Yacapin Ext. cor. Aguinaldo Street, Barangay 32,  9000 Cagayan de Oro City. For inquires call or text 0945 135 5270 or visit their website www.babukwan.com or Facebook Page Babu Kwan. 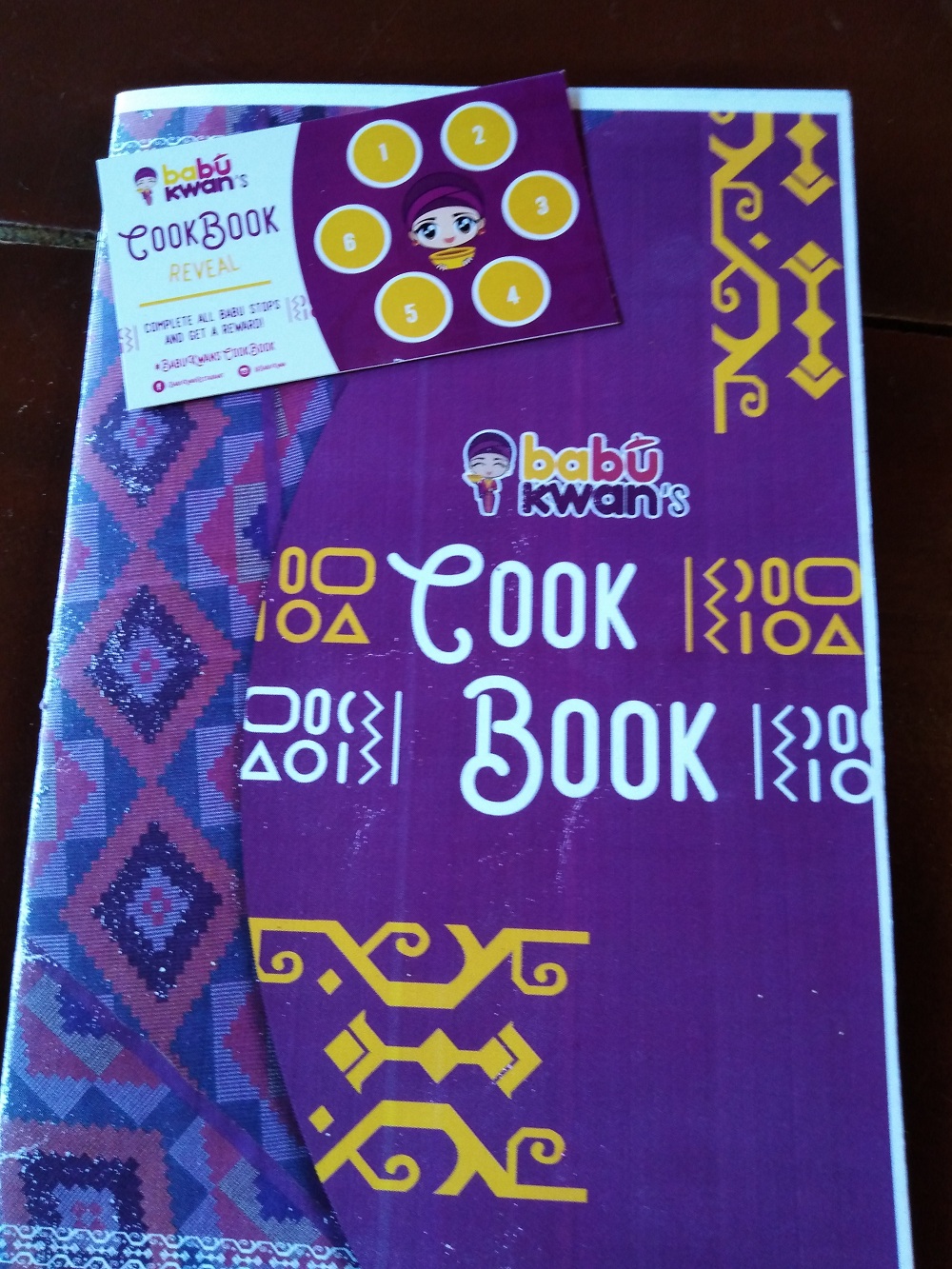