Dubbed ICONic the show at the Art Gallery of Capitol University’s Museum of 3 Cultures runs until March 13 and is open Mondays to Saturday mornings except Sunday.

ICONic is a play on words of artist Nicolas “Nic” Aca Jr.’s name and the subject of the exhibit who are icons of Cagayan de Oro City. It is a celebration of his 50 years of life and his three decades of wooing the muses through his visual and performance arts.

The 17 wooden art works are executed in sunken relief, (also known as incised, coelanaglyphic or intaglio relief), where the carving is sunk below the level of the surrounding surface and is contained within a sharply incised contour line that frames it with a powerful line of shadow. The surrounding surface remains untouched, with no projections. (URL: http://www.visual-arts-cork.com/sculpture/relief.htm) 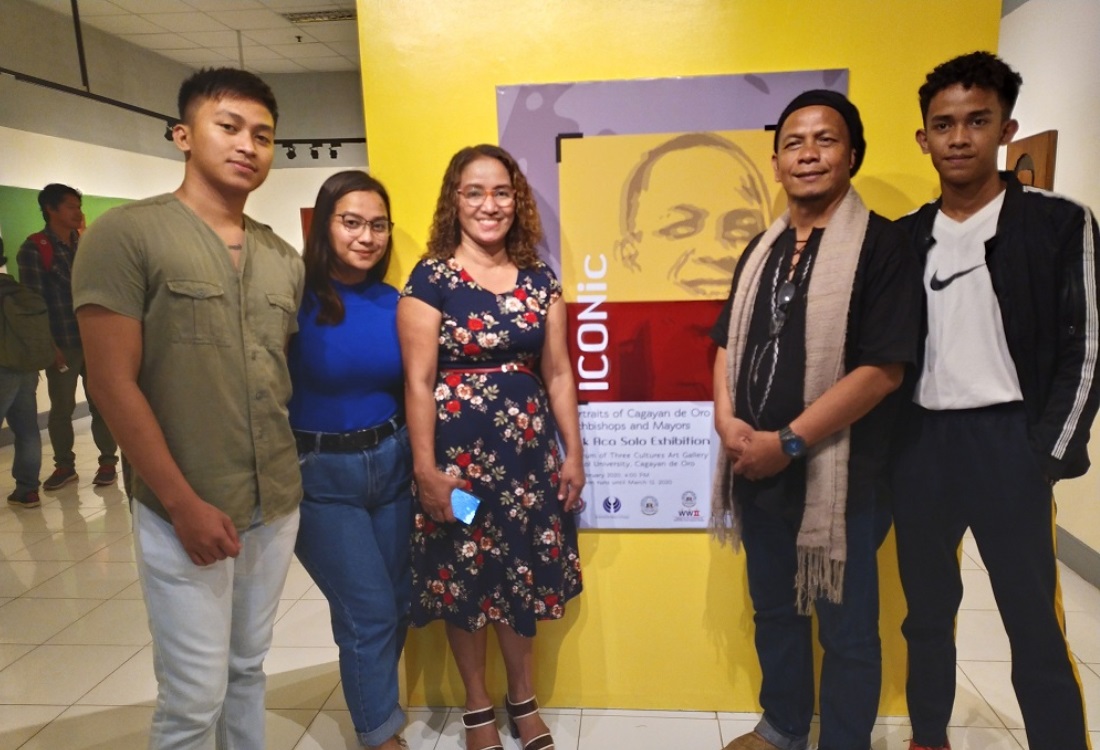 As a member of the City Historical and Cultural Commission, Aca came to appreciate the history and culture of Cagayan de Oro and thought about how he as an artist could best express those learnings.

“As an artist, I thought about how I can best express those learnings through the medium of art so I can share with others what I experienced and thought of featuring our past civil servants and religious leaders as a tribute to them.”

In her opening remarks during the February 13 program launch, Benz Raquel Dugaduga, head of Capitol University’s Culture and Arts Office, cited a recent lecture and seminar that she attended at UP Diliman on indigenous communities and contemporary art, which raised the question: What are your efforts to document the history and cultural practices of your community in a way that would catch the attention and interest of the younger generation?

“This was raised because we are facing challenges concerning the process of documenting these cultural practices and creative expressions for preservation, considering as well the lapses observed in oral tradition. Although, this is taken from a point of view of ethno linguistic communities, such is applicable to other contexts. Further, capturing the attention of the youth and developing their esteem for these matters is another predicament,” she stressed. 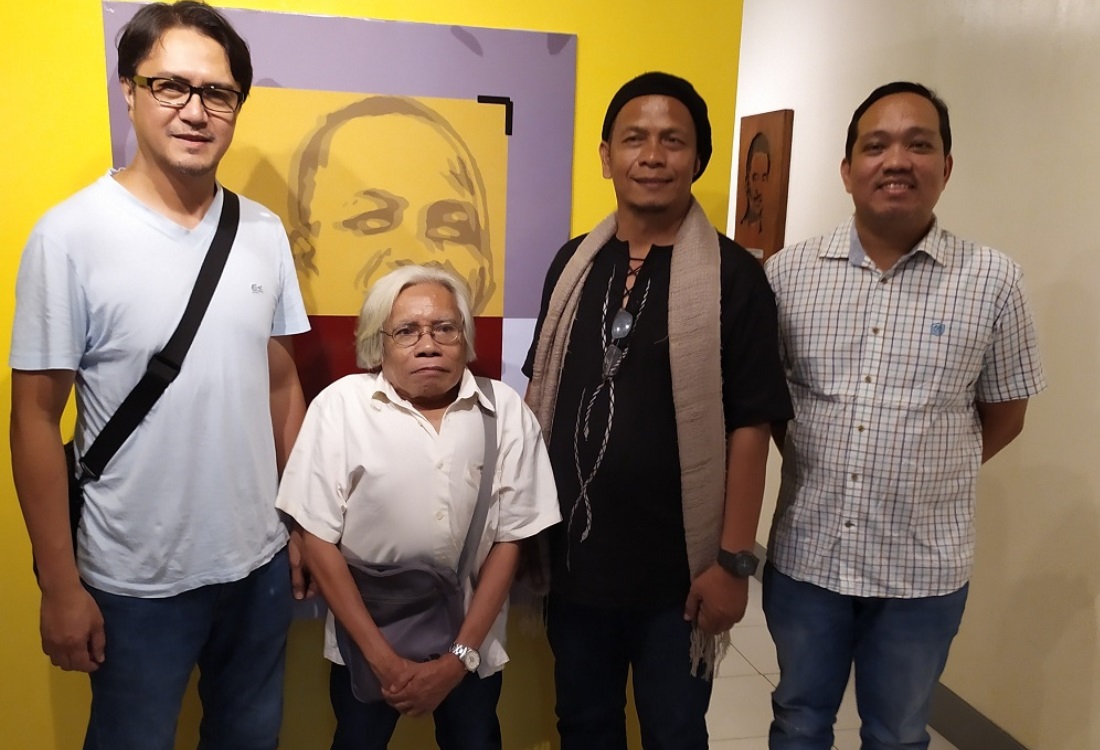 She cited how Aca’s exhibition answers the question as a creative effort to record at least a part of history of Cagayan de Oro through presenting its leaders and archbishops through the wood portraits painstakingly carved by Aca.

Exhibit curator Chris Gomez, a noted designer and artist, explained how the show’s concept was enhanced and highlighted.

“I challenged myself to come up with a show that’s relevant to the artist’s works which highlight his personality and at the same time help improve the overall presentation of his works,” Gomez said.

Thus, three colors are used to make each of the icons stand out: yellow in reference to the present city administration; maroon to represent the archbishops; and green as a nod to Aca’s wood medium which comes from trees.

Aca said he chose wood as a medium of his wood relief paintings since it is a material he is comfortable working with and there are few artists in Cagayan de Oro at present who are doing much artwork in wood, and also establish his identity through this medium.

“I choose wood for its longevity focusing mainly on tugas, Narra and repurposed wood from old buildings which I treated with Solignum against pests,” Aca noted. “Using hammer, chisel and power tools, it takes me more or less three days to finish one, which I sand and finish with wood stain and antique wax.”

Guests and visitors to the exhibit expressed their individual sentiments regarding the portraits of their forebears and past leaders.

“Very impressive!” said former Cagayan de Oro City Mayor Constantino G. Jaraula, who served from 2007-2010, and also served as Congressman (1998-2007) when Cagayan de Oro was still one congressional district, and councilor (1967-1971 and 1988-1998). He was the only subject of the portraits present during the launching.

“I am really proud of my Lolo even though he passed away long ago he is still remembered and given recognition through the art of Sir Nic Aca,” said City Councilor  Jay Roa Pascual, a grandson of former Mayor and Misamis Oriental Governor Pedro “Oloy” N. Roa.

“Ecstatic!” I want to bring it home already!” said City Councilor Suzette Magtajas-Daba, of Aca’s rendering of her late father former Mayor Pablo P. Magtajas. “I miss him all the more and of course, am very proud he is among the mayors featured here.”

“We hope to acquire dad’s piece after the exhibit, she said “Not just for my dad, but also of Tito Jake Serina, Lolo Max Suniel. Nic was able to capture them well, considering he had only photographs to work from from Impressive bava."