FROM A TEACHER TO A MILLIONAIRE ENTERTAINER 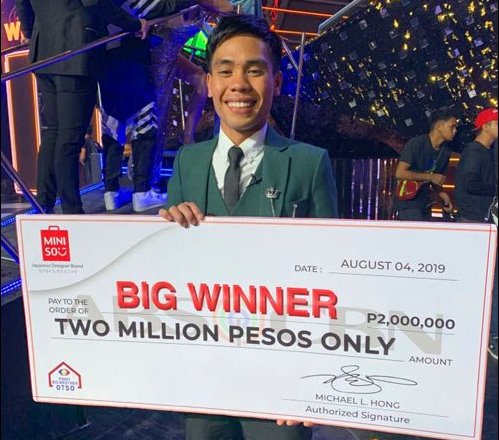 Gucong, 25-year-old, and tagged as the "Iskulit Bai ng Bohol" bested three other contenders with 58.52 percent from the total number of public votes, making him the ultimate winner of ABS CBN's reality show franchise.

In his speech right after he was proclaimed winner, Gucong said everything is possible for a dreamer to dream big. It doesn't matter who a person is and where his place is, as long as "you have big dreams and you will continue dreaming no matter what.

During his stay at the PBB House, Yamyam showed his versatility in all tasks and how he mingle with the people around with different types of personality. He showed his perseverance, and a positive attitude on all matters inside the House of Kuya.

LCHS ’95 holds dinner for a cause