The festival’s opening film, Joe Bacus’ Markado: The Moon Devourer was met with overwhelmingly positive response from audiences as the film drew to an end. 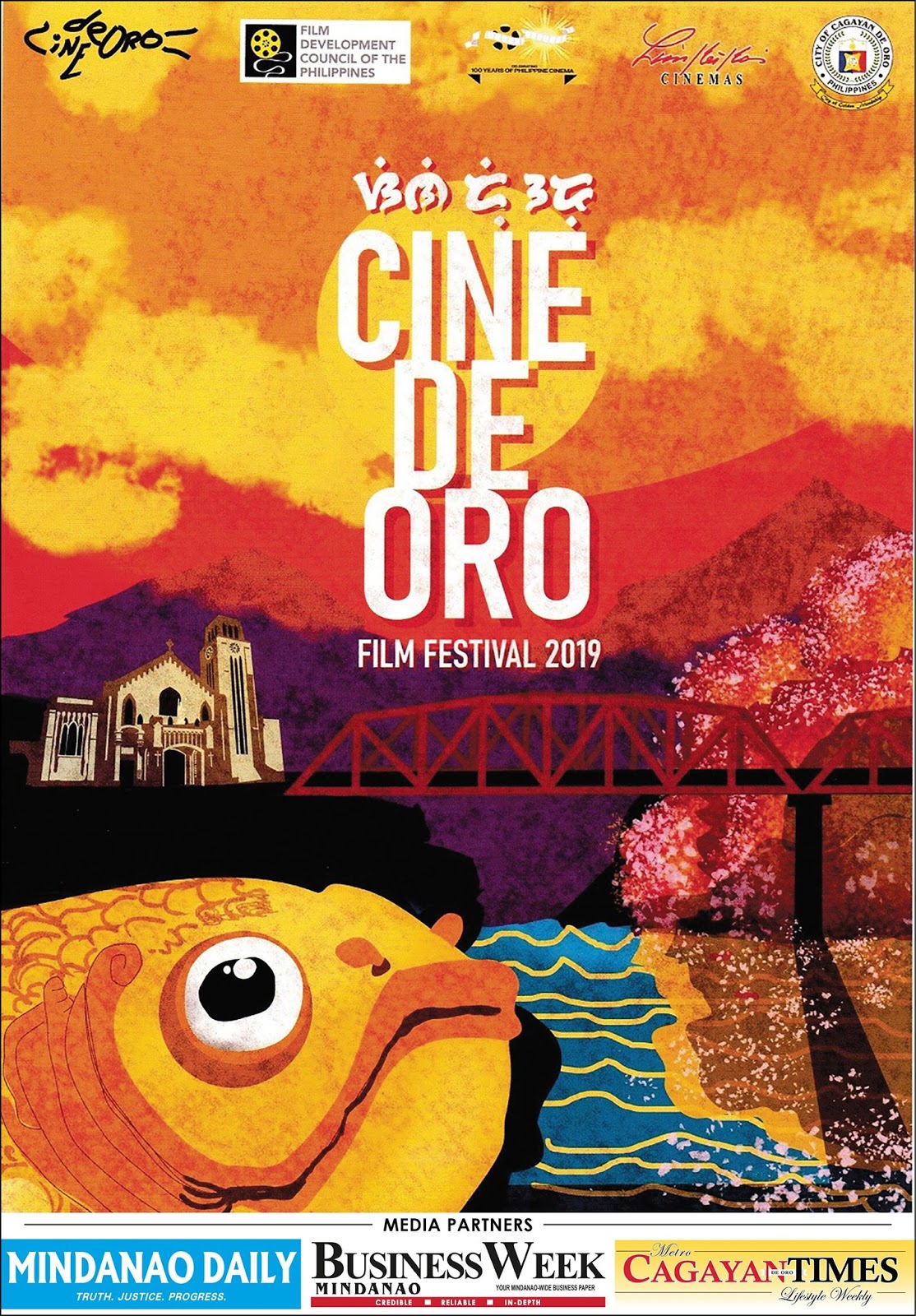 The culmination of three years of hard work finally came to fruition when the film, after touring

the world at various film festivals, finally came home to a Kagay-anon audience.

“Add to the fact that the screening took place at a Kagay-anon cinema (Limketkai Cinema), this is truly an event where Kagay-anons came together as one,” noted Julienne Ilagan, CDOFF Managing Director.

“This genius piece of art received awards in various international film festivals and for the first time, it is shown in Cagayan de Oro - her hometown and her inspiration. This three-year worth of work is a masterpiece.”

“Three things I applaud this film for.”

“First, a solid storyline filled with thorns that will make you bleed a little: It creates an illusion that this film is all about a certain social issue that you are familiar with. Displaying death and killings in the streets of the city, the gang wars of local crime lords and the poor family caught in the middle of all these.”

“However, it takes you to a roller coaster turn of events that are completely out of the picture that will keep you asking about the holes and gaps in the timeline. It playfully breaks stereotypes and creates multi-level conflicts with characters as if destiny is playing a joke on all of them.”

“Bacus pays homage to the victims of flood that destroyed the city a few years ago. He even called it the darkest night Cagayan de Oro has experienced. The flood is weaved throughout the film like how it cuts across the whole place.”

“It beautifully uses metaphors and foreshadowing in revealing the real problems and the origins of Sab, the female protagonist. This film makes you think, it validates all of your assumptions and then it blows your mind.”

“Second, workmanship:  The film is composed of shots of people and dolls. Yes, half of the film is in a stop motion format. MARKADO uses these scenes thoughtfully and creatively giving a completely new dimension to the visual storytelling and the ingenuity of the format.”

“It gives your eyes a break from the faces of the actors as you get to be transported into another creative reality. Bacus decided to use these scenes carefully to portray intense scenes making it easier for the viewer to watch but still keeping the vivid imagery necessary for the act.”

“Nothing was done in bad taste. I can only imagine all the grueling hours and days they have spent to make those stop motion scenes possible.”

“Third, originality: This is a never been told narrative. It is not for the faint of heart. It is a celebration of stories and art pulled together to be an hour length product.”

“After the film, Direk Joe said that it was a collection of stories and realities he has personally heard and experienced in the city. I think this is why the film is so resonant – it is a mash-up of the collective identity of our city. It’s all our stories placed together paced in a thrilling and exciting manner. You can easily identify as Sab, as Ed, or as Mandy or any of the character -mere products of fiction but reflects reality.”

“This film is Bacus’ attempt in starting a cultural film revolution in the city where creators and artists try to explore the beauty of Southeast Asian Cinema instead of ascribing to the typical Hollywood formula. It tries to write the story of the Kagayanon and his plight to understanding more about himself despite forgetting his roots. It challenges us to tell the difficult stories left in the dark and untouched like the moon. “

“Bravely leading the cavalry to the frontiers of knowing the origins, Bacus never fails to surprise and to deliver.”

“The screen showed Sab one more time, regal and vulnerable at the same time. It faded into pitch darkness and that was when I have realized that she is home. MARKADO has come home.”

After the screening, Bacus went onstage to introduce the team and thank everyone who came and supported the festival’s opening.

“For a film community to thrive in a city, there must first be audience development,” he observed. “That is why we chose to program many kinds of films and voices in this year’s Cine de Oro film lineup, in order to educate audiences on our roots in Asian storytelling and break free from mainstream Hollywood sensibilities.”

films by storytellers from all of Mindanao and Asia.

Adam Anay adores Mindanao literature and folklore. He works in promoting cohesive communities on the island through communication and empowerment. He is the Class Valedictorian of Xavier Ateneo’s DevCom Class 2017. He was also cited as one of the 2017 Ten Outstanding Students of the Philippines and currently works as Tech Camp Coordinator for Equal Access International – Philippines.

Bettina to hold fashion show for a cause