Thanks to a father’s love for music, his lifetime legacy of music books, CDs and DVDs will undoubtedly benefit untold generations of musicians at the Liceo de Cagayan University Conservatory of Music, Theatre and Dance. 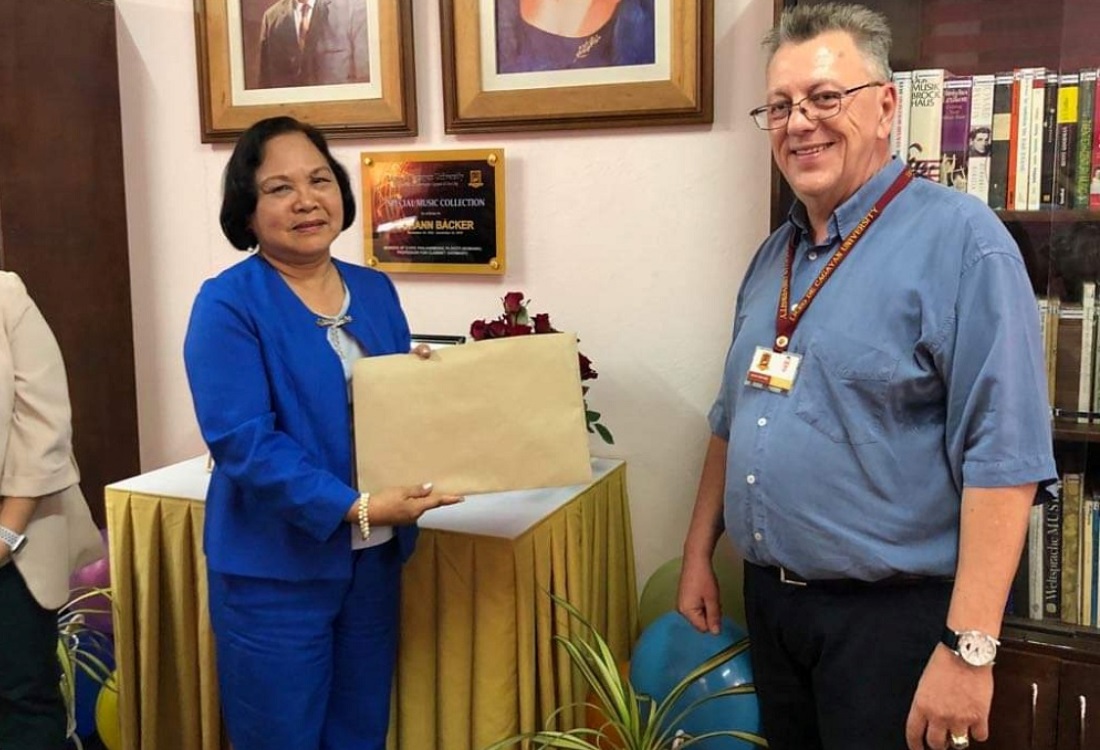 Last August 7, 2019 Horst-Hans Bäcker, Associate Dean of the Conservatory, and Professor for Composition, Conducting and Historical Informed Performance, donated some 2,000 books, music sheets, and about 1,000 and DVDs for the reference and research of students at the Conservatory Office.

The collection was the lifetime legacy of his late father,  Johann Bäcker, and was officially turned over to the Conservatory by his wife Regina and son Horst-Hans and received by University Librarian Linda Mondoñedo in behalf of the University in a blessing and turnover of what shall henceforth be known as the "Special Music Collection" as a tribute to the late musician.

The event was also witnessed by University Chairperson Dr. Rafaelita P. Pelaez and President Dr. Mariano M. Lerin, the immediate family of the benefactor and faculty and students of the Conservatory.

When his father passed on nine months ago, Prof. Bäcker, shipped the music collection to his second home, Cagayan de Oro, Philippines. 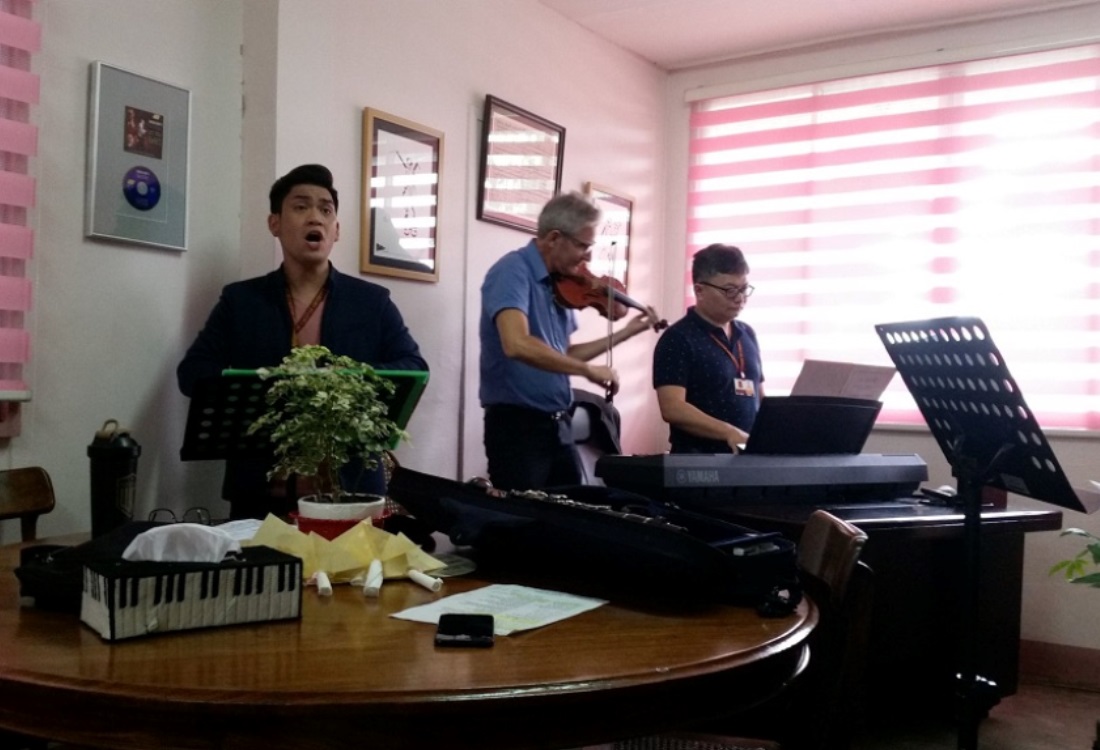 Johann Bäcker was born on November 25, 1932, in Deutsch-Stamora, one of two German regions in Romania. He was a third generation of musicians in his village, but when he was younger, his father didn't want him to  follow in his footsteps and  be a professional musician.

His parents sent him to the provincial capital Temeschburg to get a 'real' profession. There, he learned to play the clarinet in secret. Right after his graduation, he became a member of the Romanian State Orchestra in Ploesti and the State Film Orchestra. Finally, he mustered the courage to confess to his father that he had become a professional musician just like his forebears.

Later that year, Johann became the clarinetist for the Dance Hall Orchestra in Bucharest where he met his future wife Regina while out dancing with friends.

Two years after getting married, the couple bore their only child, Horst-Hans. In 1973, the family moved to Germany and Johann became a professor for Clarinet, Flute, and Saxophone at the Music school in the City of Datteln, near Dortmund. During this same year, he also became the conductor of the City Wind Orchestra.

Unlike his father, Johann shared his passion for music with his son Horst. He would bring the youngster to orchestra rehearsals, and he had him learn piano at the age of 5. Horst grew up with a heart for music and pursued the same path as his father, and grandfather, and his forebears before him.

Now valued at close to a million pesos, Johann accumulated his vast collection of music books and score sheets  for his son and students over his lifetime, not stopping even when he had already retired.

He envisioned that it would benefit young people studying music and indeed, his “Special Collection” had finally found a home with the Liceo de Cagayan University Conservatory of Music, Theatre and Dance where it would serve generations of musicians to come. (with Ena Marie E. Tiro)