It's time to shine for Joshua Alforque Calderon

DESTINED TO SUCCEED. Despite faced with challenges, future MLM mogul Joshua Alforque Calderon is destined to succeed and be known globally, bringing the Filipino brands of beauty and wellness to the world.

GREAT MOTIVATOR. His consistency and passion for the multi-level industry is fueling him into becoming a great motivator affirming that success can be achieved by anyone no matter what kind of beginnings you have as long as you are ultimately fired to achieve greatness.

IT'S TIME TO SHINE!

AFTER DECADES of training about motivations, the art of selling and the art of leveraging, our main man Joshua Alforque Calderon has finally decided it's time for him to shine.

So, he put up his own company in the multi-level marketing industry sometime in June of 2019 and created a team that could easily multiply his ultimate drive for success. 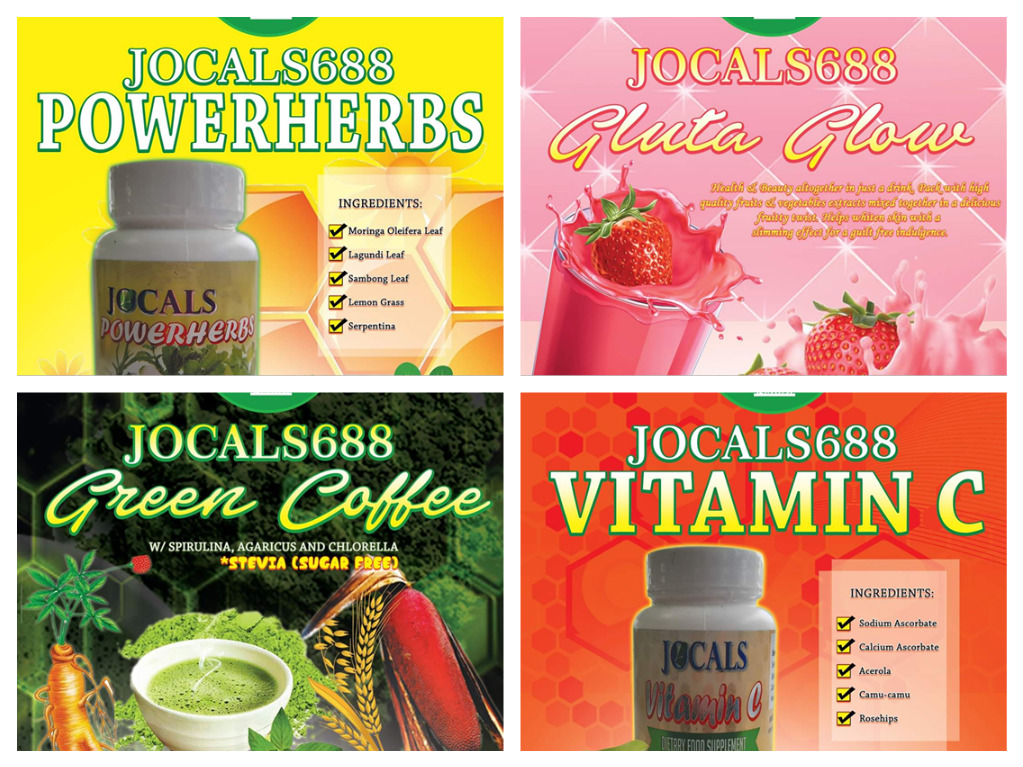 Now that Jocals688 has already started invading the foreign land with the successful establishment of Papua New Guinea and the US Market, he revealed by 2020 and beyond, his company will be known globally, as they will bring the Filipino beauty and wellness products into the world market.

Calderon said his company is going to penetrate the world market especially in the United States, Asia Africa and Europe.

Jocals688 is currently facing a challenge as the Securities and Exchange Commission has given an advisory that their products and business format needed more papers from SEC as well as from the Bureau of Food and Drugs.

But Joshua Calderon is quick to answer they have complete papers and will comply all the requirements asked by the SEC, if it means protecting them from harassments made by competitors.

Over a local radio station Magnum Radio, Calderon explained there is nothing to worry as the company is going to comply all the requirements.

Calderon furnished MDN copies of some legal papers of the company that would verify their intention of operating legally. Some of which were business permits from other branches of Jocals688 nationwide. They also have SEC registration, DTI registration, BIR, BFAD application, among others. 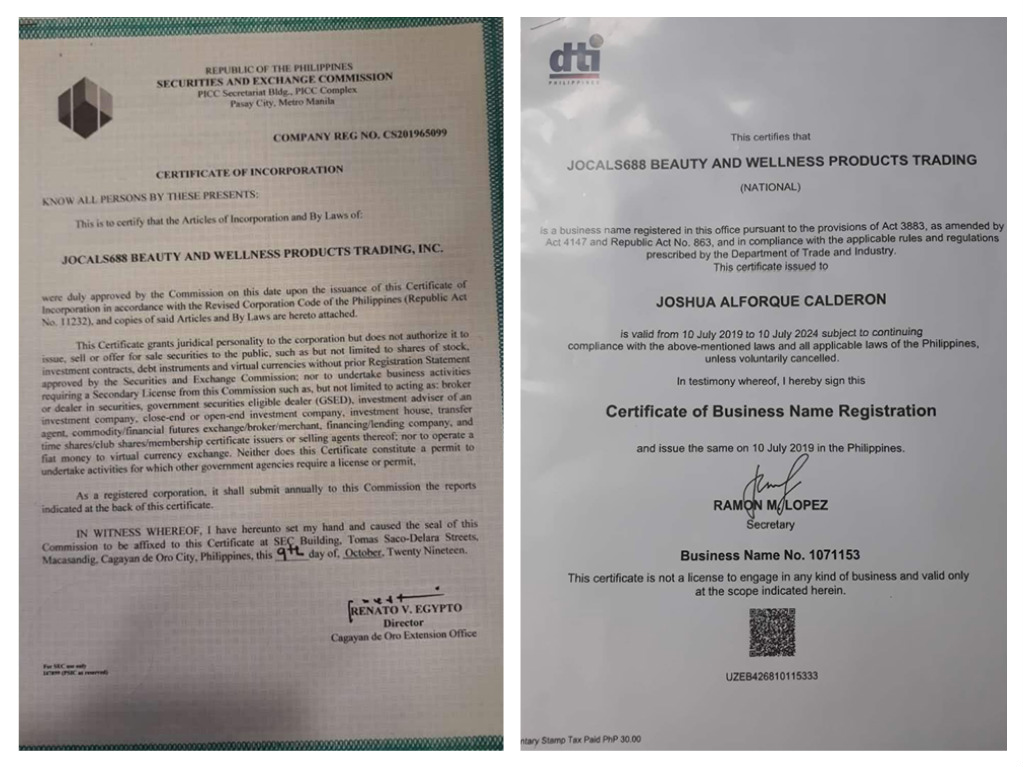 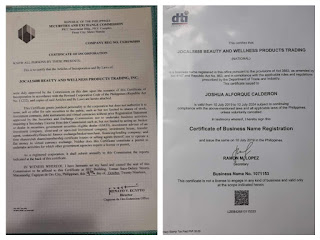 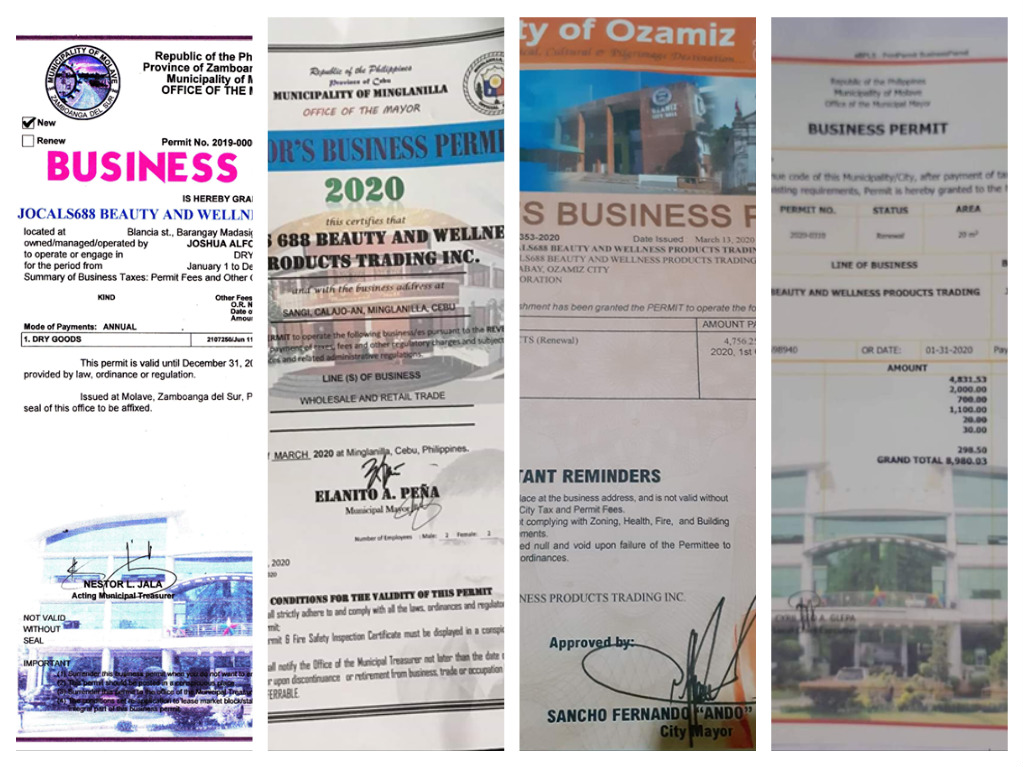 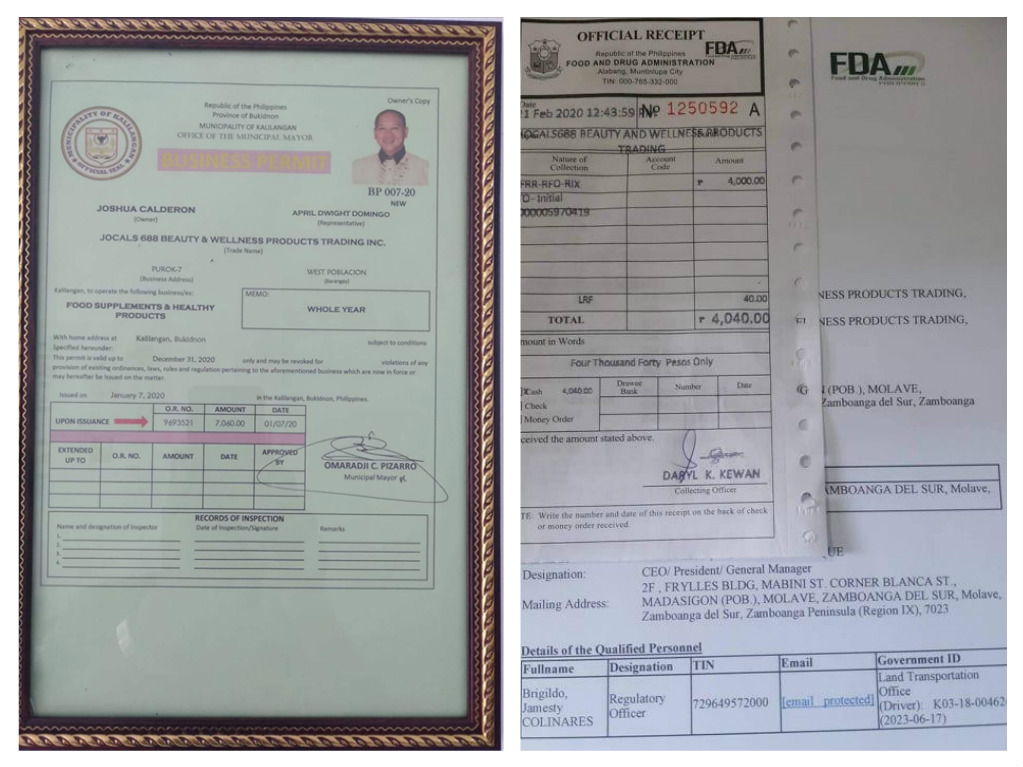