The USS LCS (L)-9 was one of two LCS (L)s of Task Group 70.4 that provided supporting gunfire to the Filipino Guerrillas of the 110th Infantry Regiment during the Talisayan Raid. (NARA)

Commander Chick Parsons beside a typical guerrilla hut in his usual uniform for getting around in the jungle. (ozatwar.com)

LCS(L) 10 stands by as LCI(L) 363 embarks Filipino guerrillas for the Talisayan raid most probably in Barrio Lagonglong on 20 March 1945. (mightymidgets.org)

Another view of LCI(L)-363 embarking guerrillas of the 110th Reg (USFIP) for the Talisayan Raid most probably at Barrio Lagonglong on 20 March 1945. (US Navy Photo)

One of the most unusual guerrilla operations in the Philippines during World War II was the guerrilla raid on Talisayan, Misamis Oriental, which was conducted with the assistance of the US Navy to eliminate and wipe out the Japanese garrisoned at this key objective.

Amphibious in nature, the operation involved guerrilla units of the 110th Infantry Division, 110th Division United States Forces in the Philippines (USFIP) with an original strength of 200 men but which rose to 350 when a call for volunteers was issued. The US Navy Task Group 70.4 coordinated the operation.

Task Group 70.4  was created to aid Filipino Guerillas in the southern areas of the Philippines. As originally constituted, the Task Group consisted of Landing Craft, Support (Large) LCS (L) 9 and 10, and Landing Craft Infantry (Large) LCI (L) s 361 and 363 under the command of Lieutenant Albert C. Eldridge.

Organized on 24 January 1945, the Task Group was charged with the supply and support of Filipino guerrillas in Mindanao.

Guerrillas had been previously supplied by submarines through the Spyron operation, which however, limited the amount of material they could receive. With the increasing American air and naval presence in the Philippines, it was now possible to use surface craft for supply.

The Spyron submarine missions ceased in December 1944, when surface deliveries began. It was this role that the two LCS (L) s and two LCI (L) s were assigned. From February 1945 to May 1945, Task Group 70.4 completed thirteen missions.

It was during one of these missions that the genesis for the Talisayan Operation was subtly intimated by Commander Charles “Chick”  Parsons, whose work in organizing the submarine supply of the guerrillas had given him a great deal of expertise in the matters facing Task Group 70.4.

The way the suave Parsons proposed the raid to the new commander of the Task Group as described later by Eldridge in the ship’s history is a rather amusing read in hindsight.

“While we were waiting for darkness and the return run to Leyte, the skipper and Cmdr. Charles (Chick, Chico) Parsons talked of this and that. Parsons had been the mentor of the previous work by sub and was starting us off in the right foot by giving advice now and then as to what had been done previously and how we might best work with the guerrillas.  He had a background as large as all outdoors in Filipino affairs before the war and exploits as long as your arm in spying activities against the Japs in Manila.”

It was during this trip that Eldridge conferred with Parsons, leading to the first raid against Japanese installations. Their conversation went as follows:

“I imagine there’re quite a few Nips ‘round here, Commander.”

“Right over there-across the strait.”

“Mmmm. Doesn’t appear more than twenty miles. Wonder why how much hot water we’d get into, going over to say hello.”

“Can’t say. They have quite a few men, and are building barges in Talisayan.”

“No, that’s not the kind of hot water I mean. I mean we have no orders to go running over here and there shooting people up. And someone back in Tolosa might not like my straying from the path on the first run.”

“You’re right. Some few can cause a lot of trouble. But there’s a mighty nice concentration of them there.”

“Think we could get at them?”

“They’re right on the coast.”

“Mmmm. Like to take a trip! Let’s go look at a chart and see what kind of water there is down there.”

The Talisayan garrison was selected as the target of an amphibious operation because of its value as a barge staging base midway between Cagayan and the Mindanao Sea, as Parsons aptly stated in his earlier conversation with Eldridge.

Reports indicated that the garrison had an approximate strength of 250 Japanese in the town center with another seventy in an outpost at a barrio two kilometers south.

Marshall, following instructions, proceeded to Balingasag, Misamis Oriental, and undertook the training of the guerrillas to be utilized as a landing force. Rigid training lasted ten days.

On 20 March 1945, the two LCIs supported by two LCS’s of Task Group 70.4 arrived at the barrio of Lagonglong, seven miles north of Balingasag. This task force proceeded immediately to Talisayan arriving there at dawn the following day.

On 22 March 1945, enemy positions were heavily shelled by the LCS’s preparatory to the landing of troops. The landing was supported with heavy firing but no resistance was offered by the enemy. Instead, they took to the hills.

In retrospect, it shouldn’t be much of a surprise why the garrison troops turned tail when the naval bombardment started.

Affectionately known in US Navy lore as The Mighty Midgets,  these ‘amphibious gunboats’ usually provided close-in fire support for the first assault wave on the beach; barreling at flank speed in a straight line, making two runs and firing rocket barrages at 1,000, 800, and 500 yards. After the rocket barrages, the LCS (L) s would turn broadside and fire at any targets of opportunity. Then they were followed by the Landing Craft itself. After the troops were on the beach head, the LCS (L) would pick off any targets of opportunity.

Originally designated as LCS(L)(3), for "Landing Craft Support (Large) Mark 3", these 158-foot-long, shallow-draft LCS (Landing Craft Support) ships were small compared with the more glamorous Navy warships — less than half the length of a destroyer. But they more than made up for their size with their firepower.

The LCS (L) (3) ships provided more firepower per ton than any ship ever built for the US Navy. Descriptions of the ships during battles include one comparing them to a lethal 4th of July fireworks show.

LCS (L) s 9 and 10  were among the first group of LCS (L) completed during the war. Both built at the George Lawly & Sons Shipyard near Boston, Massachusetts, each mounted a 3”/50 gun in the bow that could shoot an exploding projectile nearly nine miles. Additional armament included two twin-mounted 40mm anti-aircraft guns, four single-mounted 20mm guns, rocket racks for 4.5 inch rockers, a .50-cal. Machine gun and an 80mm mortar.

With the addition of the mortars, the ships had an enhanced ability to attack shore installations where needed. These mortars were not usually found on the ships but had been acquired locally in order to enhance their capabilities.

As Eldridge wrote later in the ship’s history: “That was the start of our favorite pastime. On the first bombardment by the Nine and Ten (i.e., LCS (L) 9 & 10) we knocked out barrels and barrels of fuel oil and gasoline burned up the huts the Nips lived in. We won our spurs by crippling barge traffic in the area when the fuel was destroyed. We were credited enthusiastically but slightly optimistically by Filipino reports with killing 600.”

By 0600 Hrs, the attacking force occupied Sipaca and the barrios of Sipalong and Bugdang. The ammunition dump at Sipaca was blown up by supporting shell fire. Two armored barges complete with diesel engine and two trucks were captured.  Sixty sacks of polished rice, canned goods, and an excellent automotive repair shop were also taken.

Enemy casualties for the whole operation were eventually reckoned at 138 Japanese killed in action with no casualties on the side of the guerrillas and the 70.4 Task Force. No doubt The Mighty Midgets made short work of the Japanese garrison.

In fact, the landing and occupation of the mission area was such a “milk run” that the Air Force was requested to cancel all bombing and strafing missions in the Talisayan area.

It should be mentioned here that this Talisayan operation was the first amphibious guerrilla offensive against the Japanese- the first of several successful operations in conjunction with Task Group. 70.4.

Pleased with their success, Kinkaid authorized them to conduct similar raids on future missions whenever the opportunity presented itself. The crew of LCS (L) 9 shortly after the war. Official US Navy Photograph 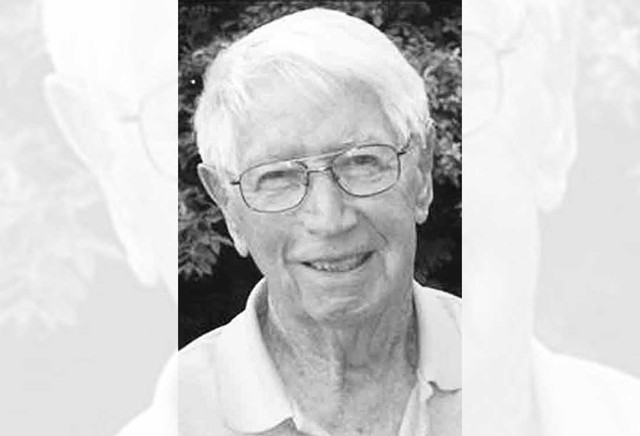 Charles Wesley (Charlie) Bee, 94, of Parkersburg, WV, passed on Saturday, March 7, 2020, at Brighton Gardens,  Winston-Salem, NC. He served on an (LCS)(L) on the Talisayan Raid. 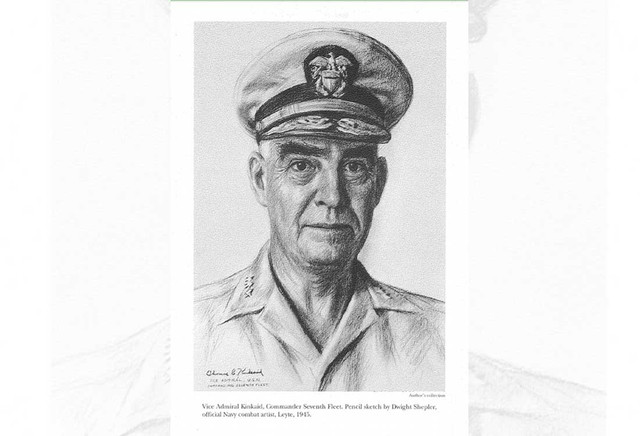 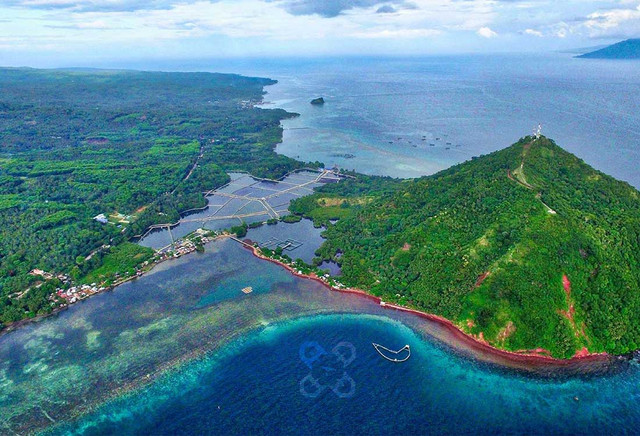 THE SM STORE | SO MANY MARKDOWNS

THE SM STORE | SO MANY MARKDOWNS