Samsung chairman of the board Lee Sang-hoon is convicted by the South Korean District Court guilty of union busting, alongside with the company's Vice President Kang Kyung-hoon.

Two top bosses of Korea's tech conglomerate, Samsung Electronics, were convicted and sentenced by the Seoul Central District Court of 18 months imprisonment on December 17, for violating the country's labour laws. 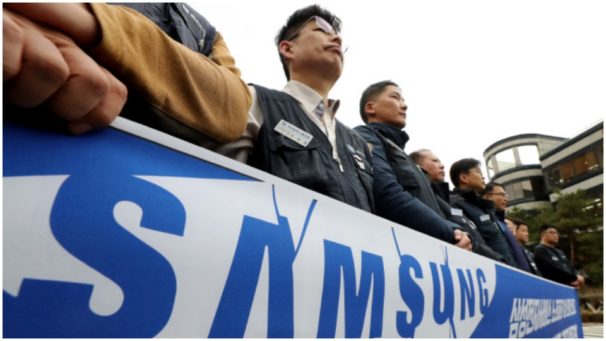 Sentenced and convicted by the court were Samsung Electronics' Lee Sang-hoon, the company's chairman of the board and Samsung's Vice President Kang Kyung-hoon.

Aside from convicting the two top executives of the tech giant, there were also several dozen employees of Samsung Electronics from different locations in Korea, who were also convicted by the court for their maltreatment of trade unions workers and even the trade unions in the country.

Under the existing labor laws in South Korea, especially the Trade Union and Labour Relations Adjustment Act of 1997, this so-called unfair labor practices are committed by the bosses if:

1. there is proven domination or interference with the trade union's formation or its operations
2. bosses made it a condition of employment that workers are not allowed to join labour union group
3. bosses terminated or discriminated workers on the grounds they join a labor union group
4. bosses dismiss workers on the grounds they took part in lawful collective activities

During the trial of the case, South Korean state prosecutors briefed executives of Samsung various tactics the company has had implemented busting union activities such as threatening workers on their wages and withdrawing business from subcontractors who were union-friendly.

The company's ULP (unfair labour practices) activites has been under investigations since last year when government prosectors launched a fact-finding mission into allegations Samsung has been working behind the scenes undermining union organizing.

The government's legal actions were triggered with the leak of internal company documents containing union busting guidelines issued to the workes by the management of the tech giant.

Based on South Korea's labour laws, a boss found guilty of commiting ULP “shall be punished by imprisonment of up to two years, or by a fine up to twenty million won (roughly $17,000 USD).”