CAGAYAN DE ORO, Philippines (MDN Digital, May 2) - The house of the alleged uploader of the controversial 'Bikoy' videos was raided Thursday by the operatives of the National Bureau of Investigation (NBI) and reportedly arrested the uploader himself.

This was confirmed by the Department of Justice (DOJ) but the identity of the alleged uploader was still kept by the NBI pending follow up operations, it was learned. The DOJ official did not elaborate. 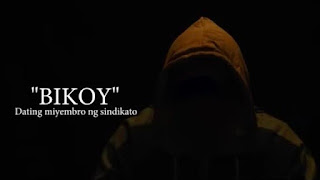 DOJ undersecretary Markk Perete told reporters it was indeed the person who uploaded the video who was arrested for a cybercrime offense specifically libel.

'Bikoy' videos are series of videos uploaded on social networking sites like Youtube and Facebook that reportedly linked President Rodrigo Duterte, his family and close friends like senatoriable Bong Go, into the illegal drug trade.

Manhunt is now launched by the DOJ and the police for Bikoy, the alias of the person in said videos maligning the president and his family of their alleged involvement in drugs. One of the videos was entitled "Ang Totoong Narcolist."

Menardo Guevarra, the Justice Secretary also confirmed to reporters regarding the reported arrest."Yes, arrest incidental to the service of a search warrant."