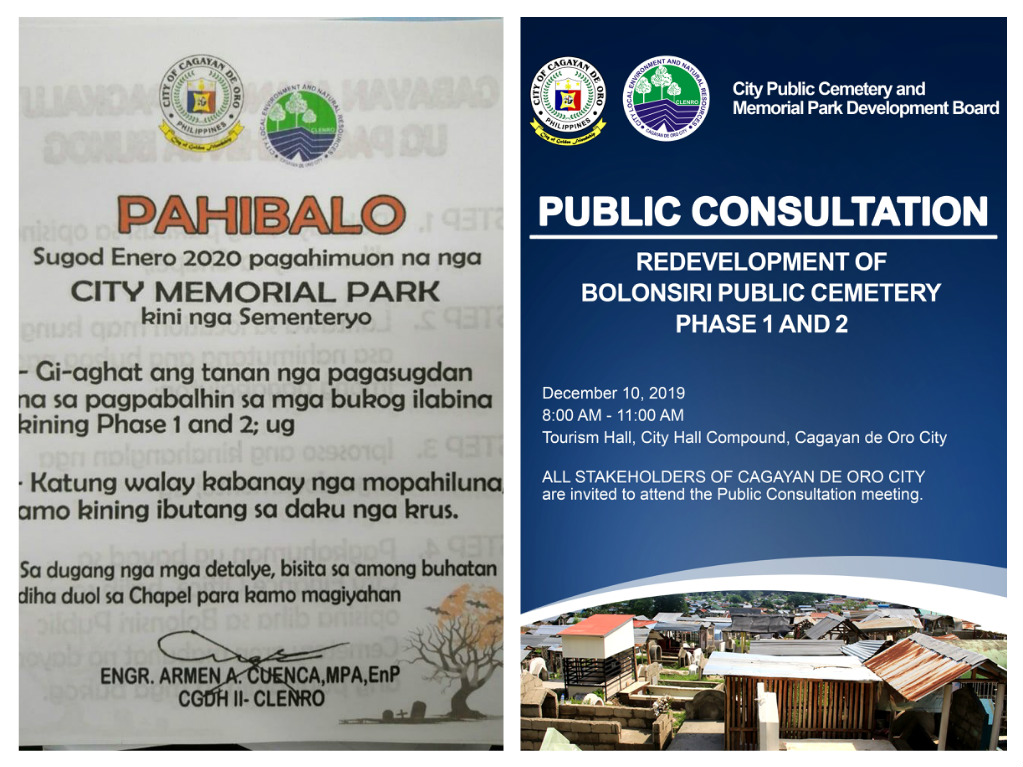 Mayor Oscar S. Moreno has issued Executive Order 195 creating the City Cemetery and Memorial Park Board to ensure the maintenance of order and compliance with environmental sanitation standards at the Bolonsori public cemetery,

Headed by Engr. Almarco C. Brito with City Councilor Edgar Cabanlas as vice chairman, the Board recently conducted an ocular inspection at the site and reviewed the design for the redevelopment of the cemetery, including the resettlement of some settlers who are currently residing within the property.

The plan also covers the proper interment of human remains to prevent possible contamination of water sources within the cemetery and nearby areas.

The board’s membership consists mostly of leaders in the private and civic sectors in keeping with Mayor Moreno’s development agenda of inclusive governance.

Other members of the Memorial Park Board include Camaman-an Punong Brgy Pedro Arda;  City Civil Registrar Evangeline Tapangan; Ramir Balquin of the City Planning and Development Office (CPDO); Oliver Egypto of the Office of Community Affairs; Dr. Adrian Suba-an of the Department of Health-10 (DOH 10); Environment Management Board (EMB)Region 10 Director Reynaldo Digamo; Mohammad Gondarangin of the Muslim Association of Cagayan de Oro; Abdul Nasser Masorong of the Commission on Muslim Affairs 10; Msgr. Perseus Cabunoc of the Archdiocese of Cagayan de Oro and Engr. Benjamin Nunag Jr. and Arc. Adolph Vincent Vigor and the University of Science and Technology of Southern Philippines (USTP), with the City Local Environment and Natural Resources Office (CLENRO). (ACM) 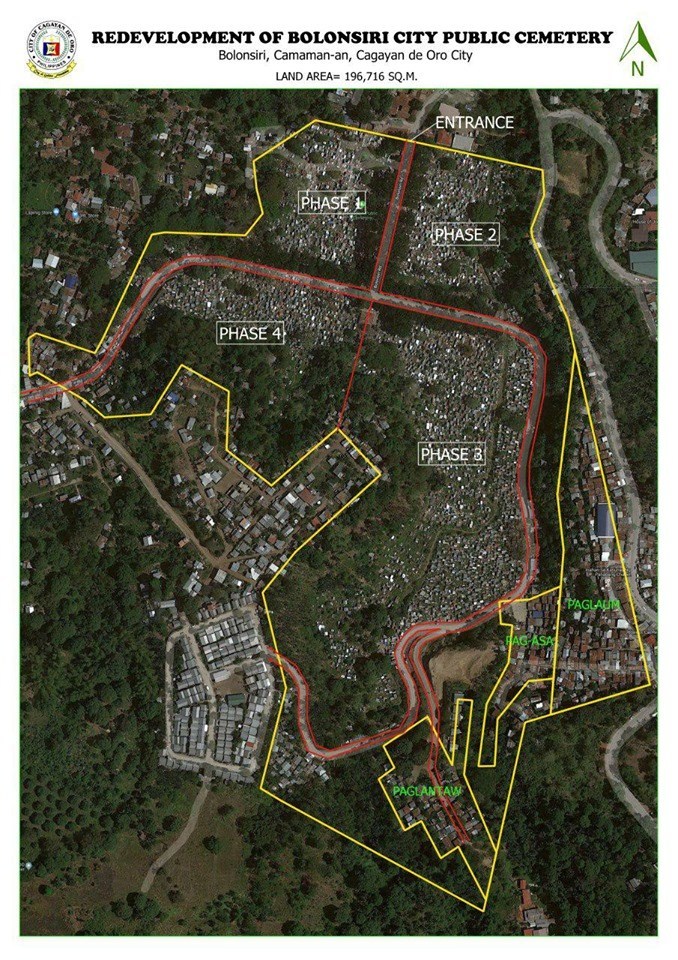 Cop shot dead inside a bus in Zamboanga

Cop shot dead inside a bus in Zamboanga