STRANDED. Mall goers wait for rescue teams to get them away from the increasing level of flash floods in the main thoroughfares of the city - Photo by Winmar Tinaytina

SUV DROWNS. A driver is trying to maneuver his SUV vehicle in areas in Cagayan de Oro heavily hit by urban flooding. Photo by Lionel Amarado

CAGAYAN DE ORO (MDN Local News, June 11) - On Monday afternoon, June 10, a heavy downpour struck downtown Cagayan de Oro and in an hour urban flooding problem started to challenge everyone in the streets and even those on a shopping spree in nearby malls. 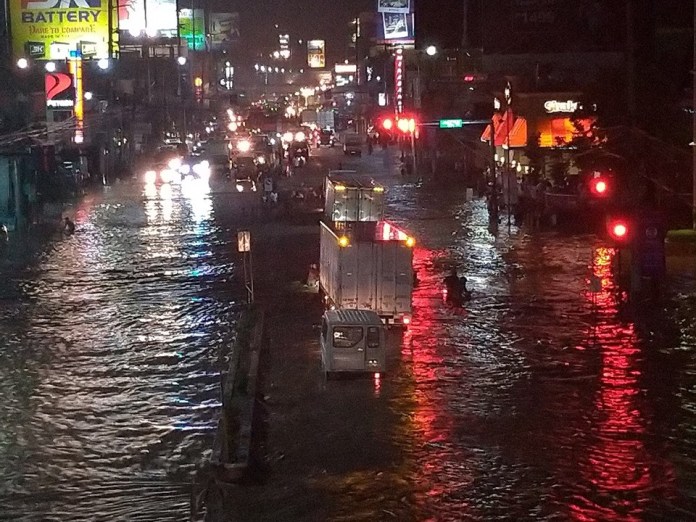 With the onset of the rainy season starting in June, floodings in the main thoroughfares in Cagayan de Oro continues to become a perrenial problem despite repairs and construction of bigger canals by the Department of Public Works and Highways.

In just a few hours of heavy downpour late Monday afternoon (June 10), flooding easily reached a knee-deep situation along Claro M Recto Avenue and Limketkai area, leaving a lot of people and mall goers stranded. It seems the DPWH has not yet solved this dilemma for many years now.

Below are images of flooding that stranded mall goers at SM CDO Downtown Premier. 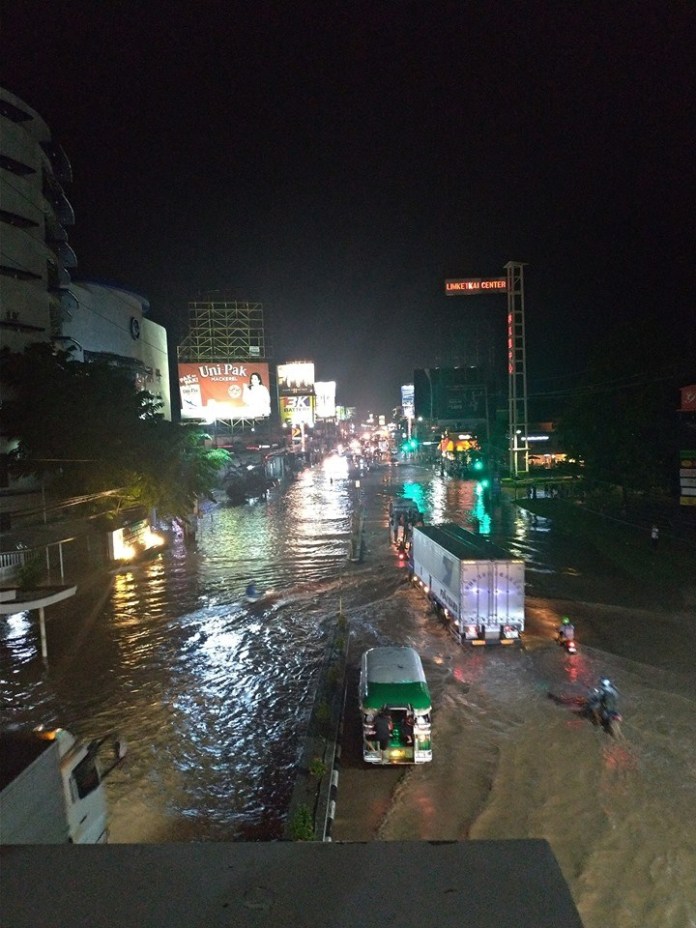 Rescue teams of the city government as well from Magnum Radio and other groups were immediately dispatched and ferried people and mall goers stranded in business establishments and in nearby malls.

Luz Mercado, of the weather bureau said there is no upcoming typhoon but with the onset of the rainy season, people should expect heavy downpour that may lead to urban flooding especially in Cagayan de Oro, which has problems in clogged up drainage and small canals.

Earlier last year, officials of the DPWH promised to solve the floodings in the city as soon as the big canals are completed along Agora Market and in Barangay Carmen.
"But it seems that with the onset of the rainy season, DPWH still did not solve the flooding problems," Laila Buenafe, a city resident said.

ABOUT JOEL
Joel Calamba Escol is a journalist since 1991, author and all around person. He plays billiards, paints, does some comic illustrations, cartoons and likes watching CNN and AljazeraTV. He is also an SEO expert. When he's not working, you'll find him gaming and watching hard action movies. He's a total sucker of news and current events.

Arrest of Margarita Valle was a case of mistaken identity, says CIDG