CAGAYAN DE ORO (MDN digital, May 14) - It seems incumbent politicians of the city will get re-elected with the current results of the mayoral and vice-mayoralty posts posted by the Commision on Elections (City Comelec) as of 5:20 am.

Based on the city comelec data, 387 out 401 clustered precincts were already counted by the Board of Canvassers. In fact, Comelec has announced that the winners in the local elections are expected to be proclaimed today, May 14.

The Comelec's partial unofficial data showed incumbent mayor Oscar Moreno leading in the mayoralty race with his 153,708 total votes casted while his closest rival, Pompee Laviña only had 87,390 total votes.

In the vice mayoralty race, Vice Mayor Renier "Kikang" Uy also got 137,701 votes while his opponent Nadya Emano Elipe only had 97,657 votes.

For the congressional seat, Rep. Rolando "Klarex" Uy of the 1st District is also likely to get re-elected as he was also leading against Padayon's bet Ian Acenas.

Rufus Rodroguez from the Padayon-CDP coalition of the second district is likely to reclaim his position as Representative of the 2nd District . He is leading in the ongoing counting of votes as compared to his Team OKKA rival Alam Lim. 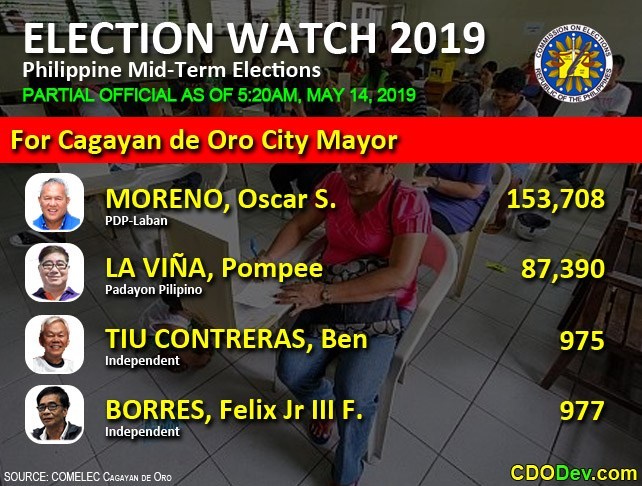 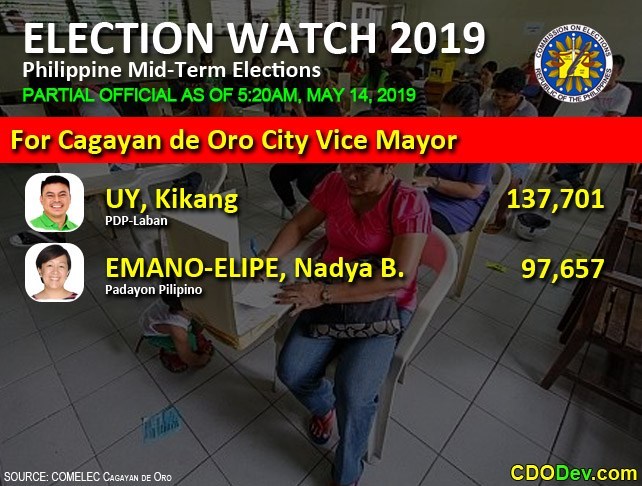 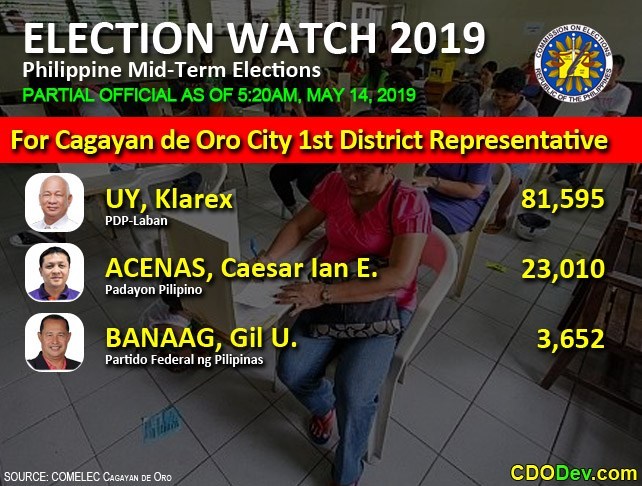 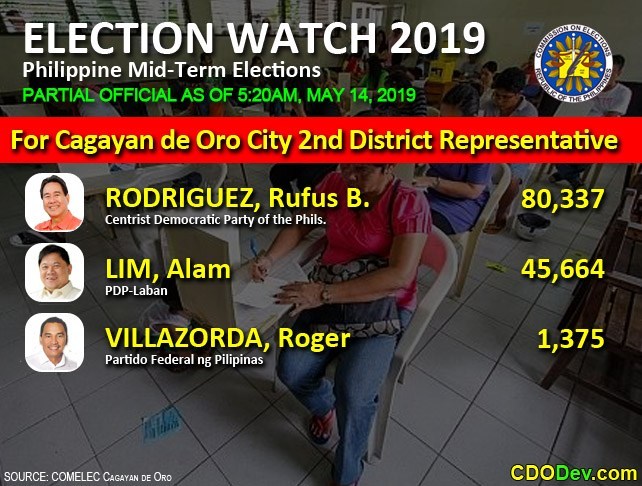