Arissa is one of Ed Palad's art collectors who bought some of his masterpieces.

A very inspiring story of one of the city's successful artists who still shines at 71. Yes, this is the story of  Edgardo Rivero "Ed" Palad.

Although he is not a pure-blooded 'Kagay-anon' but the City of Golden Friendship has been his home for many decades.

You wouldn't believe it but Ed's story captured the hearts of many local artists as he continues to give them inspiration, especially with the members of ARTSADA, an organization of local artists in the city.

His group ArtTsada will be having another art exhibit on May 1, this year, at the 2nd Floor of Limketkai Mall, fronting Mark & Spencer. The formal opening of the exhibit will be 4pm.

Various paintings, portraits, abstracts, and other mediums will be on display from the said date onwards, according to him. 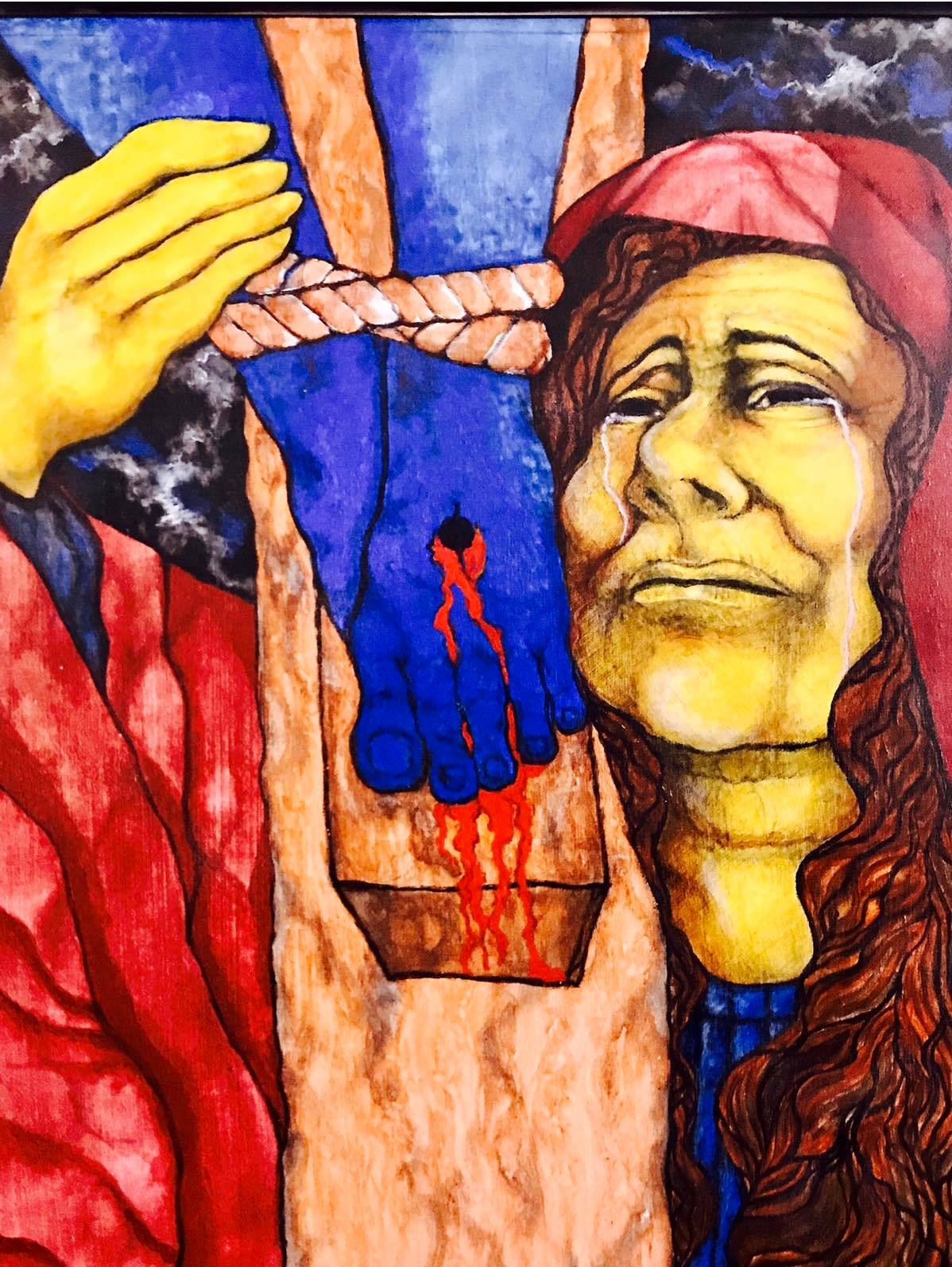 CRUCIFIXION. This is another rendition of Mr Palad's version of Jesus Christ's crucifixion.

His late father Engr. Hermenegildo Cruz Palad was then a chief plant engineer of San Miguel Corporation. He was transferred to Cagayan de Oro Coca Cola Bottling Plant (where SM Downtown Premier is now located) from Pampanga in 1965. And Ed continued his studies at Xavier University and took up Business Administration.

When Ed was in his fourth year in college, he met his lovely wife Heidi, now newly retired Dean of Xavier University College of Nursing.

Back then, Dr Heidi was a fourth year high school student, and the young artist fell in love with her, and he started courting the lovely and charming wife.

Heidi's father was a military assigned at Camp Evangelista, Patag, this city. One day, Heidi's father was reassigned to Davao City, and so the family also transferred residence. But Ed still courted her even as she pursued her college education and took up nursing course in Davao.

Ed was very successful when it comes to raising his children and sending them to universities. His eldest son is now living in Maryland, USA and he works as a Nurse at John Hopkins Hospital; the second is a female nurse now living with her own family in Australia; the third who is also a female is a professional nurse in Salisbury, England but now living here in the Philippines; and the youngest is male and Ed's junior. He works as a professional doctor at St Lukes. He is also married to another doctor in Manila.

Ed's very successful involvement in business in the city had been the main factor in making all his siblings professionals in their chosen path. However, all of them were into services type of professions and none of them followed Ed's business inclination being a graduate in business administration at XU.

In 1999, Ed has decided to close the family's flagship business, Bulakeña. Although the family still owns properties in the city but only focused on leasing and real estate. "Focus ko karon sa real estate and office space leasing business," he said.

Asked what is his motto in life,  he simply says, "At age 71, I want to leave behind a legacy I could be remembered by. My artworks speak of who I am, what I am made of, and how I lived my life. My paintings are extensions of myself and my character. They allow people to take a glimpse of my soul. A poem minus the spoken words."

Since Mr Palad is now focused on his new career as an artist he has done a lot of graphics, abstracts, and other art pieces. He went abroad several times and observed paintings in museums for exposure and reference to varied subjects, styles, color mixture, and brush strokes.

These trips abroad even broadened his knowledge of arts and graphics. Below are the other masterpieces of Mr. Palad. 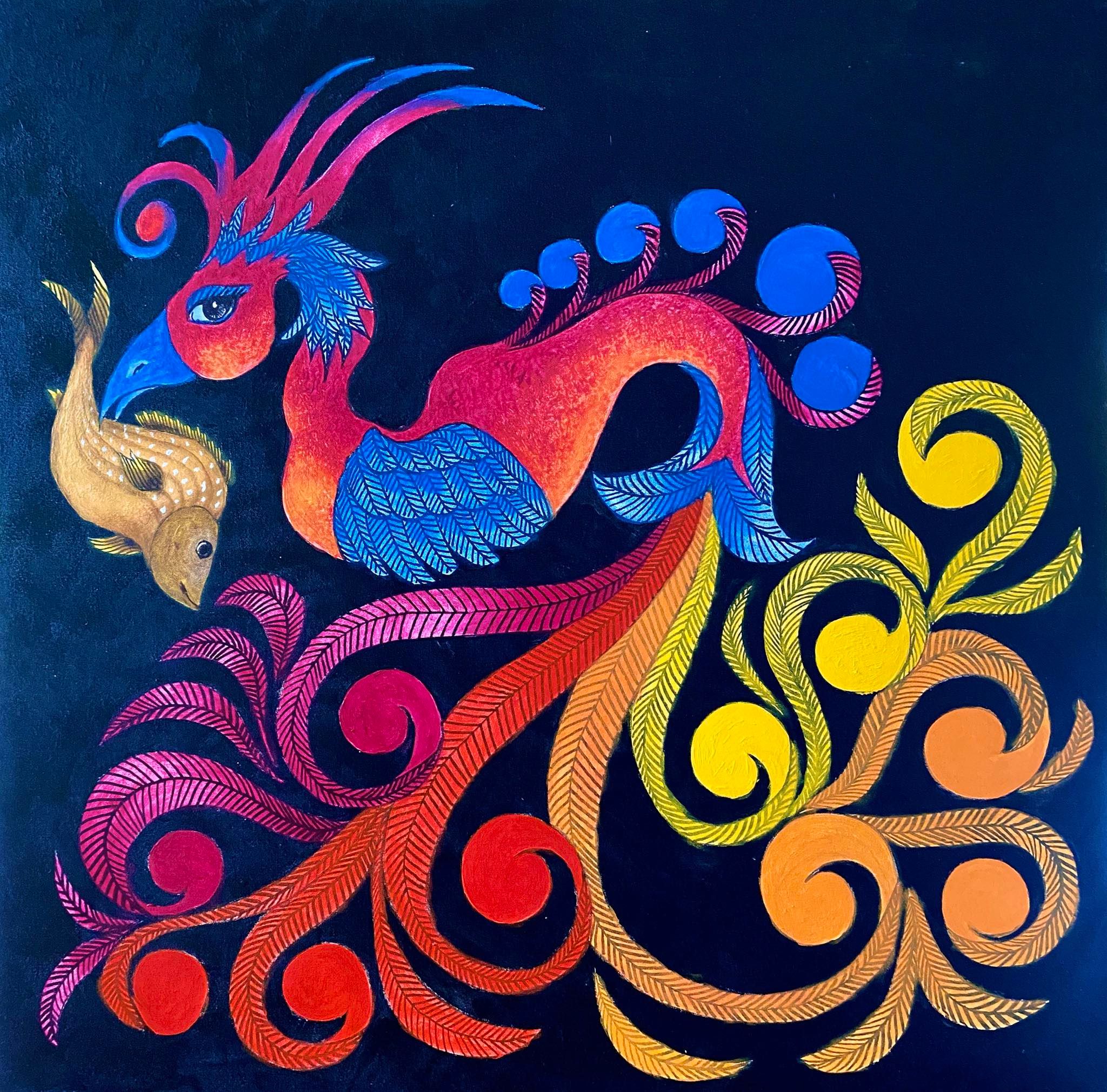 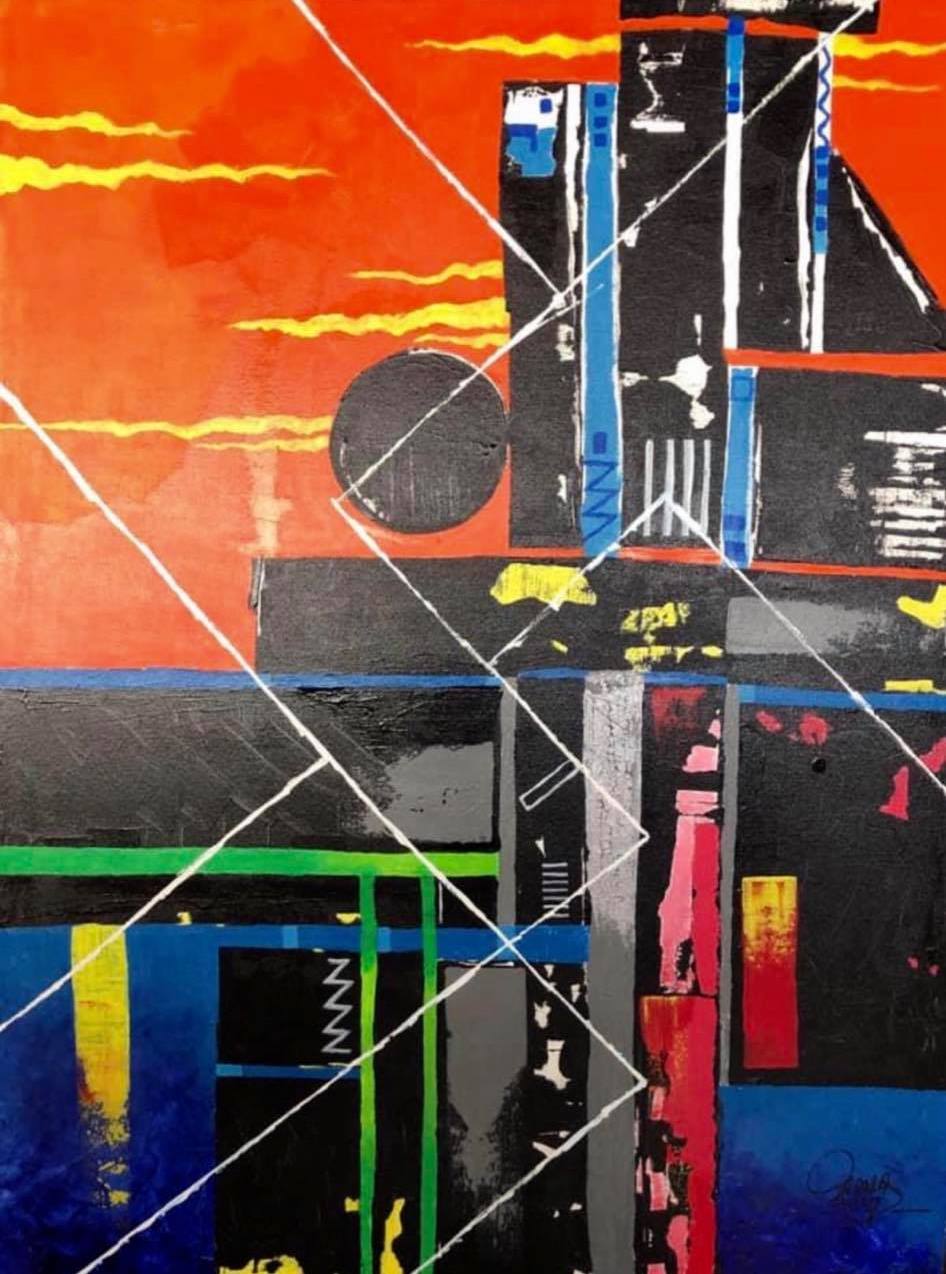 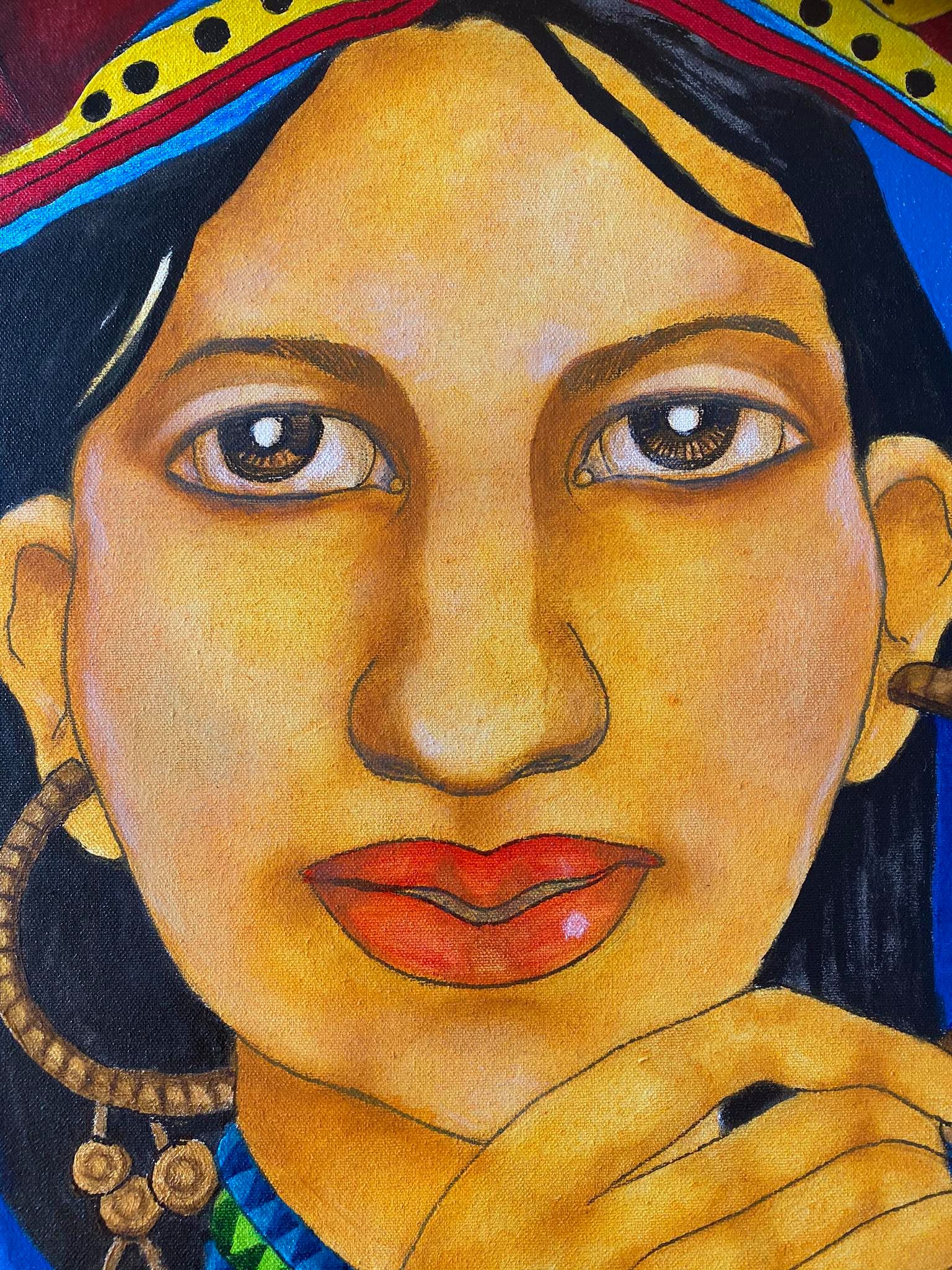 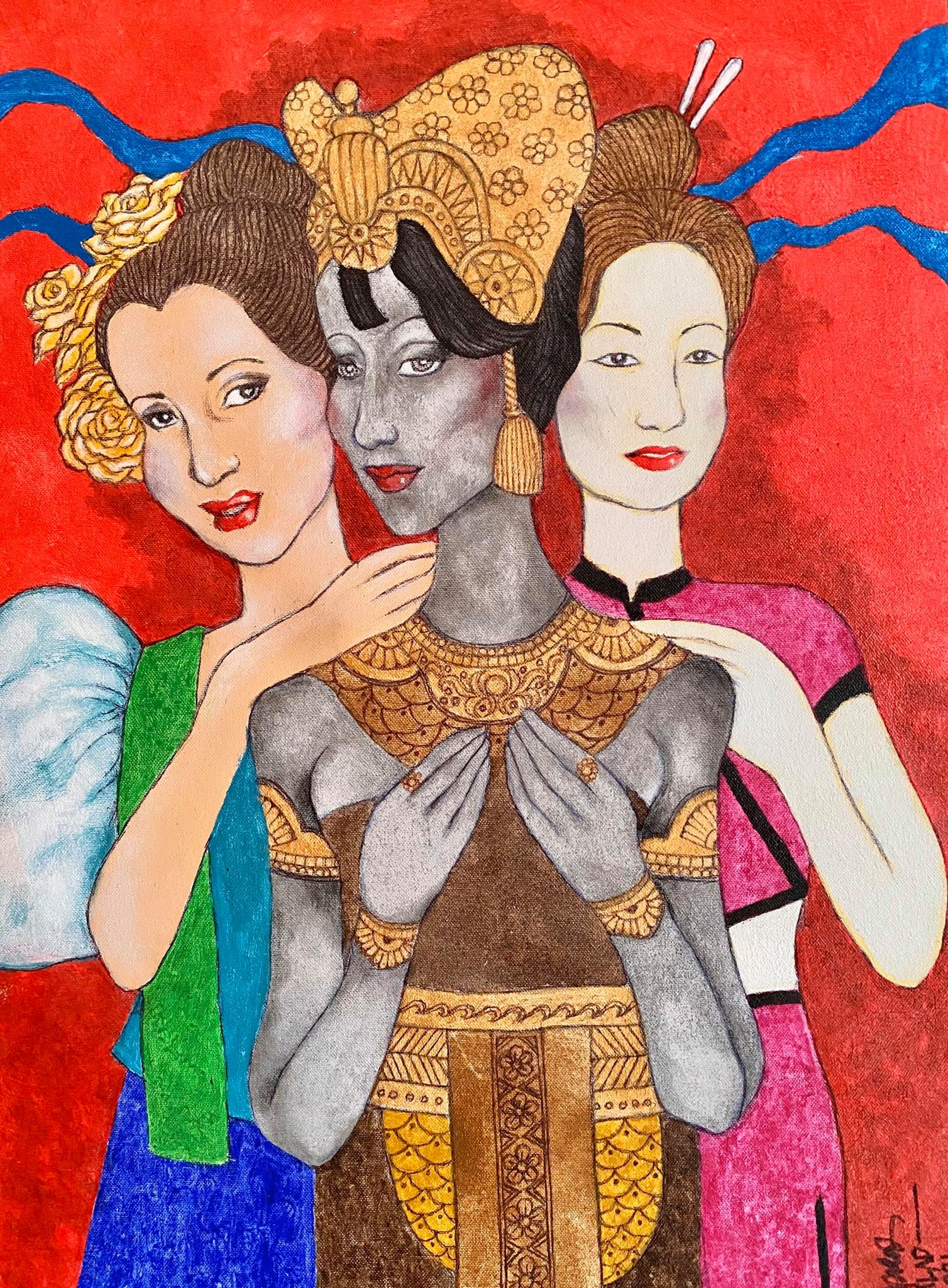 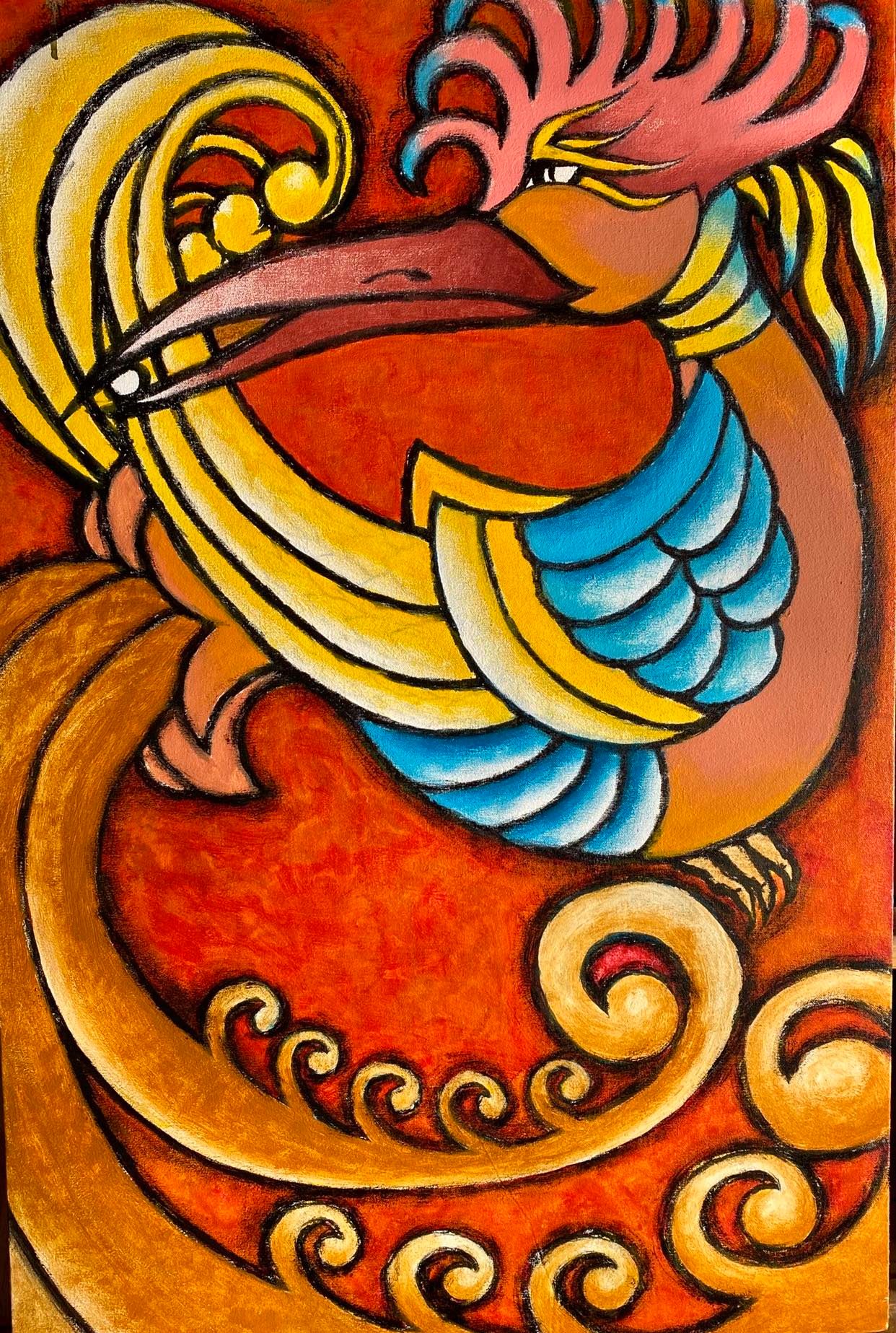 I am at the stage of my life where I find enjoyment, happiness & fulfillment in sharing the many wonderful blessings GOD has blessed me with. In doing so, we can do GOD’s work in loving unconditionally our fellowmen especially the less privileged members of our community who needs help.

If I post my good deeds on Facebook, it s not para manghambog. It is intended to inspire others to do the same. To pay forward God’s goodness & mercy. It doesn't cost much to help. Kung ano lang ang kaya. And it should be sincere and comes from the heart without expecting anything in return.

Other people may think differently. But to me what people say doesn't matter at all. What is important to me is God’s opinion and judgment of me. HE knows what is in my heart. You cannot fake that with our amazing God.